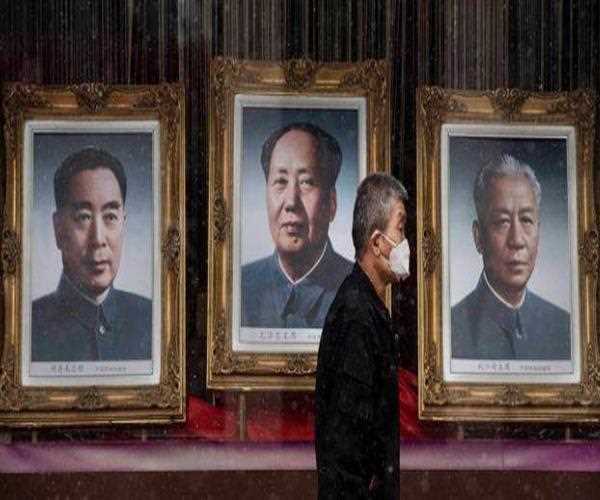 Rather than utilizing all the forces of the US government to restrict the desolates of COVID-19, President Donald Trump's administration is burning through valuable time and vitality censuring China for the spread of the infection. Intellectuals talk about another virus war. However, on the off chance that the United States truly means to stand up to China in a battle for worldwide administration, Trump is messing up it gravely.

Indeed, even as the Chinese government is giving nations around the globe supplies to battle the pandemic, and in any event, sending clinical groups, Trump cut off air travel from Europe without trying to advise America's European partners. Since March, the Chinese government has contributed $50 million to the World Health Organization, while Trump, asserting that the WHO is "China-driven," has solidified US subsidizing.

When G7 remote clergymen held a video gathering to examine a typical methodology to battle COVID-19, US Secretary of State Mike Pompeo's commitment was to demand that the pathogen be classified "Wuhan infection," after the Chinese city of its assumed starting point. Tired of Trumpian tricks, different priests finished the gathering without an end.

Chinese largesse doesn't come without strings, obviously. The WHO timidly would not recognize Taiwan's achievement in restricting the infection, or even to concede Taiwan as a part, because of a paranoid fear of culpable terrain China. And keeping in mind that the US government was advancing paranoid ideas about China, the European Union mollified its analysis of conscious Chinese falsehood after China took steps to fight back.

The adequacy of China's terrorizing is an indication of its developing financial force. Probably, such strategies would be less viable if the Western partners, just as such invested individuals as Japan, South Korea, and Southeast Asian nations, were to remain together. Previously, any such basic front would depend on American administration. Be that as it may, the present organization's narcissistic clumsiness precludes this. Over the long haul, this may let China start to lead the pack, faute de mieux.

Truth be told, Western nations have once in a while had a typical approach on China, and the purposes behind this haven't changed much since the late eighteenth century, when Lord Macartney was dispatched by King George III to set up strategic relations with the Chinese Empire. One of the incongruities of this bombed crucial that the British were hoping to exchange products other than opium with China. However, the Qianlong Emperor expressed that there was nothing the Chinese required from the British.

China considered itself to be the focal point of the cultivated world. Missions from abroad must be viewed as bearers of tribute, and never as equivalents. Macartney, certain that Britain was the world's chief force, couldn't in any way, shape or form manage China on that premise. The Dutch, rather like the EU today, were essentially keen on splitting the Chinese market and were set up to play by China's principles.

Despite the fact that Britain's clout has wound down, the conflict of incredible powers in Macartney's time despite everything reverberates. For right around a century, the American case to be the unmatched model of progress has been no less vainglorious than the Sino-driven perspectives on the Qing heads.

At the point when China was ruined and helpless before the world's incredible forces, it was simple for Americans to disparage the Chinese as potential proselytes to vote based system, free enterprise, and Christianity. Managing the wild Japanese Empire in the mid-twentieth century, then again, was a lot harder. At the point when Japan, as a signatory of the Versailles Treaty in 1919, requested a statement against racial separation among individuals from the League of Nations, the US (and Australia) turned it down.

There was not really any cash to be made in China under Chairman Mao Zedong. All things considered, Western nations neglected to concede to how to manage him. At the point when Britain perceived the People's Republic of China in 1950, only one year after the unrest, the US, preparing for its campaign against worldwide Communism, was irate. Until the 1970s, Washington perceived Chiang Kai-shek's Nationalist system on small Taiwan as the main authentic administration of China.

Presently that there is a lot of cash to be made in China by and by, we are back to the hour of Macartney. The outskirts of the Middle Kingdom are pretty much equivalent to those of the Qing Empire. The legislature is not any more majority rule than it was under the Qianlong Emperor. What's more, following a time of wars, attacks, mass neediness, and carnage, China is again held up as a model of human progress that brutes are required to follow.

The possibility of Chinese worldwide authority isn't welcoming. However, the US is quickly blurring as another option. The "American Century" was set apart by numerous absurd wars, ideological unbending nature, and unconscionable help for some extremely dreadful fascisms.

But then, worldwide adherence to US initiative was generally founded on regard for a type of government that, anyway imperfect in its execution, addressed the human yearning for opportunity, remembering for parts of the Chinese-talking world.

The equivalent isn't valid for China today. On the off chance that China wishes to lead the world, it should offer more than cash and terrorizing. Opportunity despite everything matters.

For what other reason did Chinese understudy dissidents erect a ten-meter-high Goddess of Democracy in Tiananmen Square in 1989? China will be unequipped for propelling that cause on a worldwide scale without first beginning at home.