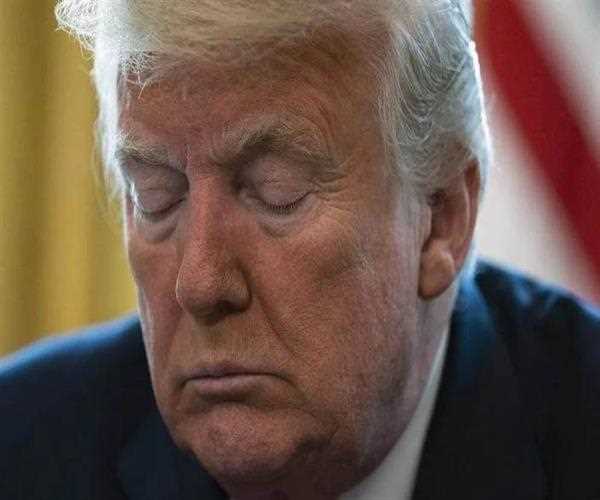 Fall Of Great America Which Once Ruled

The US lost 7,000 soldiers in operations in Iraq and Afghanistan until 2018, following the horrific terrorist attack on the World Trade Center's twin towers on September 11, 2001. Former World Bank chief economists and Nobelzay Joseph Stieglitz and Linda Bames wrote in their book that the US had to spend thirty trillion dollars in the war against Iraq.

The United States was also successful in killing Baghdadi, the founder of the Islamic State, last year. Despite the fact that Iraq was under the heavy influence of Iran, the US military operation in Iraq is a sad proof of the failure of US policy.

The US overthrew the Taliban government in Afghanistan after a fierce attack on all potential Qaeda shelters, including the Torah-Bora Mountains for a year in 2002, in many of which it also colluded with the Northern Alliance. He put many of his fighters in Guantanamo prison and helped and protected Afghan presidents like Hamid Karzai and Ashraf Ghani.

At its peak, there were 100,000 American troops in Afghanistan under the compulsory International Security Assistance Force. While NATO members sent about thirty thousand soldiers there. It is the extent of the US military operation and its diplomatic failure that 17 years after the overthrow of the Taliban, it is trying to compromise with the Taliban in the mediation of Pakistan. Both Obama and Trump repeatedly assured the withdrawal of all US troops from Afghanistan, which is still incomplete.

Vietnam is the only country after World War II that sent 58,000 US soldiers dead in a coffin while fighting the United States for twenty years and flew by helicopter from the roof of their embassy in Saigon on 30 April 1975 to US Ambassador Graham Martin was forced.

But the Covid-19 killed more than 80,000 Americans in just 60 days. This figure may increase even further. The lockdown has forced thirty million Americans to apply for unemployment allowances. The US economy is almost at a standstill and is reeling from the worst recession since the Great Depression.

The world's only superpower country is facing a shortage of hospitals, beds, PPE, and ventilators, while there is no possibility of a vaccine as of now. Motivational leadership guiding the public with clear, confident, professional advice is resorting to mass burial of unclaimed dead bodies.

Millions of Americans are queuing up to get free food. How did such a mighty nation fall in such a short time? The US leadership draws attention due to its absence in the global struggle against Covid-19. He is struggling to save the lives of his citizens.

Worried and insecure about the prospects of his re-election, Trump accused China of hiding the fact that the virus was developed in a laboratory in Wuhan. He is seeking one trillion dollars in compensation from China.

Trump has withheld World Health Organization funding, accusing him of supporting China. Apart from this, he is also doing strange things like applying disinfectant needles in the human body.

He probably wants to end the lockdown soon. The $ 20 trillion stimulus package will not be enough to get the US economy back on track. America's downfall was visible to many analysts, with the Covid-19 pushing it firmly towards the lowly.

The North American world that Farid Zakaria was referring to suddenly appears to be true. American journalist Freedman, who received the Pulitzer honor, says Donald Trump will probably be America's worst president, who fires and extinguishes the fire. It is sad that the most powerful nation on earth is helpless in front of an enemy like Covid-19.

China, from where the Covid-19 virus is thought to have originated, has controlled death. He is now playing a global leadership role by sending medical equipment to more than 60 countries to fight the virus. India and China are projected to grow by 1.9 percent and 1.2 percent respectively, while the rest of the world is moving towards negative growth. Sugar factories have started operating with 60 percent capacity, but will it get a market abroad even though many countries are facing severe recession?

Despite a shortage of PPE, ventilators, masks, sanitizers and quarantine centers, India has managed to reduce losses due to nationwide lockdown. Prime Minister Narendra Modi announced the lockdown with the slogan 'Jaan hai to Jahan hai', campaigning for social distancing, using all kinds of masks, and spreading awareness. But millions of migrant laborers and daily wage workers were badly affected by this. The economy has stagnated.

However, some sectors of the economy were allowed to open in a phased manner. But it will take a long time for the situation to become normal. The kind of national unity, discipline, lack of blame, and co-operative federalism shown by the Prime Minister in consultation with all Chief Ministers and politicians through video conferencing is welcome. This positive attitude and the spirit of mutual cooperation shown by society can be continued even after Corona!