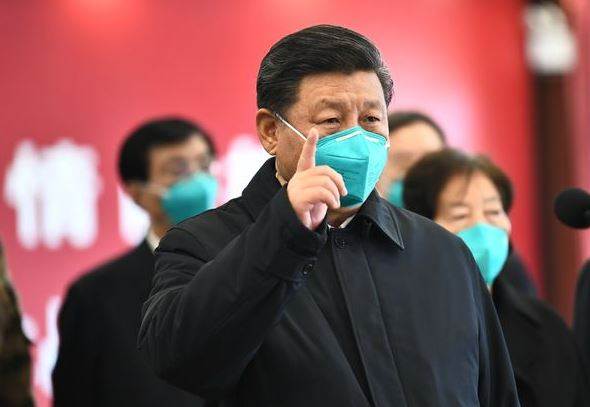 With the current highly tense scenario, which shows no signs of ending, geopolitics is going to be the most important in the emerging world. It is clear that this epidemic focused mainly on G-7 countries — Canada, France, Germany, Italy, Japan, Britain, and the United States. Except for Japan, these leading economies of the world are facing the biggest catastrophe.

The virus has also crossed the Atlantic Ocean and damaged NATO countries as if it had come to paralyze the world's economic powers. Japan probably survived major losses with around 600 deaths, probably due to the Pacific Ocean. In such a background, the countries of America and Europe are finding it difficult to convince each other that this was not an action of biological warfare. The demand for a transparent and neutral investigation is echoing what happened in China.

But as Australia demanded an investigation into the source of the coronavirus in China, Beijing-based diplomats retracted. China has so far rejected global demand for investigation and transparency regarding whether Kovid-19 viruses were developed in China's laboratory.

At the same time, it has also claimed that it has supplied the necessary equipment to a hundred countries, including India. However, most of these goods and equipment were found to be inferior, which is being seen as tremendous profiteering from the affected countries even in this time of crisis.

Amid this global uncertainty, China has said that instead of the US dollar, its currency should be replaced by the yuan as a global currency, so that it can have more control over its economy. Economic imperialism is the ultimate objective of China.

Through its debt diplomacy, it has established a strong financial hold over Asia and Africa. Pakistan is its biggest victim, while it controls Myanmar, Sri Lanka, Indonesia, and Bangladesh. He is also wooing Nepal. Sri Lanka is being persuaded to support China in the post-Kovid-19 scenario.

As part of a larger strategy, China has already established a military base in Djibouti, East Africa. The top twenty African countries with which China has established relations include not only raw material-rich nations such as Nigeria and South Africa, but also poorer nations such as Ethiopia, Kenya and Uganda.

Government-to-government deals include infrastructure projects and natural resources. A number of Chinese companies have invested in Africa between 1998 and 2012 in commercial services.

African countries owe China more than $ 140 billion in debt but are facing an economic disaster, as the Coronavirus has forced businesses to shut down and people to stay home. Demand for debt relief is increasing to help the world's poorest and debt-ridden countries. Most of these are African countries, which are facing the economic havoc of Covid-19. But there is a big question mark: China. Tanzania has already canceled its $ 20 billion contracts as unfair.

On the other hand many American and European corporates, who were using Chinese manufacturing capacity for their products, are planning to move out of China and establish their hub elsewhere in Asia. The Chinese government is opposing these efforts.

The most notable thing is that China has no friendly country in the global community except Russia. But Russia's attitude towards China in Corona's case is highly ambiguous.

There is also a clear increase in criticism of Xi Jinping's leadership in China's handling of the epidemic on its domestic front, although he is being ruthlessly suppressed. On the other hand, the UN Security Council's reliance on video conferencing to maintain social distance is also not proving to be effective in this case.

As far as India is concerned, there are several issues affecting the two-way relationship with China including the border dispute. On the domestic front, India was already under severe economic crisis due to demonetization of 2016 and poor implementation of GST.

In short, it created a huge financial crunch in the revenue collection of governments and a severe financial crisis for the unorganized sector daily laborers and similarly small and medium sector industries. Meanwhile, Chinese banks and institutions were seen as investing in Indian companies. Fortunately, such activity was curbed at the beginning, which the Chinese government did not like.

But this is not very simple unless the central and state governments arrange monetary assistance. There is no clear indication of this. The time has come for India to form a joint strategy to engage with the global community and with its partners in South Asia to deal with China smartly and firmly.