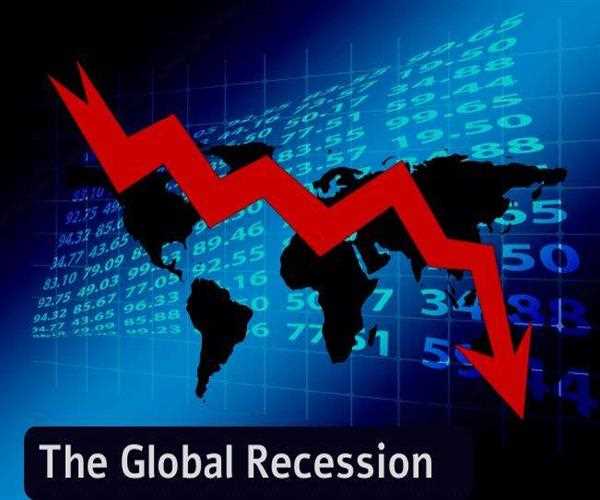 Covid-19 is causing a major crisis for the world economy. The lockdown of a few days has brought all economic activity to a standstill. An unexpected challenge has come before the world's gurus and politicians.

All the principles that determine the policies, all the conditions of capitalism, socialism, Gandhism, and Maoism are different from the circumstances in which they were born and spread. Capitalism believes in a marketist system of demand and supply. According to its parent, Adam Smith, the free market operates with invisible hands. The things that are in demand will be produced. The bourgeoisie will make goods by keeping the quality in mind at the least cost by applying money and means of production.

Keeping the competition in mind will set the price so that there is maximum profit. In this system, labor is treated as a commodity. His remuneration is determined by the principle of demand and supply. Capitalism has a preference for capitalism. Workers become secondary. A few people become wealthy. Economic inequality increases. This is the situation in the world today. The total wealth of the 26 wealthiest industrialists in the world is as much as the total wealth of the world's 38 crores poor.

The ten wealthiest people have $ 822 billion in wealth. The pace of increase in the wealth of capitalists is also very fast. In the year 2019, the wealth of the world's 500 most wealthy increased by 25 percent.

Socialism was born due to the exploitation of workers by the capitalists. According to its parent Karl Marx, workers are not given full consideration for their labor. The savings that result from exploitation increase the wealth of the bourgeoisie, which they termed surplus value. Mao Zedong's Maoism is based on Marx's principles, but he chose the peasantry over the workers for the revolution.

Both socialism and Maoism came under the capitalist market system in the era of globalization. Mahatma Gandhi considered the ideologies of the West unsuitable for India. They considered any change in the economy against the thinking of India.

They did not have any opposition from the capitalists, but they wanted them to manage their property as the problems of the country and as a trustee. His special emphasis was on the development of villages, small and cottage industries, but his dream was not fulfilled.

Three times in the last hundred years, worldwide recession has disturbed the world economy. The first recession began in October 1929, when stock markets around the world fell heavily. The main reasons for this were the steep fall in demand and prices of commodities in the US for a few months, the decline in production in factories, rising unemployment, strict monetary policy by the Federal Reserve, etc.

Within a few years, the GDP of the US came from $ 103 billion to $ 55 billion. This had a rapid impact on world trade. This recession lasted for years and also became a cause of World War II.

The famous economist John Maynard Keynes said the solution to overcome this situation of recession proved effective. He emphasized measures like higher spending by governments on economic development and public welfare, reduction in taxes, increase in currency circulation to increase demand.

The second worldwide economic crisis arose in the eighth decade of the last century due to the steep rise in crude oil prices. At that time, the world's major petrol producing countries increased prices three times by cutting production, which had an impact on industries, traffic and trade all over the world.

The crisis was further intensified by the Iran-Iraq War. Oil prices stabilized around 1981. The third worldwide recession occurred in the US in 2008 after a major housing scandal was exposed which led to financial institutions going bankrupt. The huge investment of rich countries, as well as developing countries, started sinking in them. Financial markets around the world were affected. International trade also declined. However, this did not affect India much and the country's GDP did not decrease significantly.

The economic crisis created by Covid-19 is quite different from previous crises. Most of the people working in the economy, workers, farmers, businessmen, entrepreneurs, industrialists, managers, government officials, transporters, financial and other institutions are locked in their homes.

Such a situation had never happened before. The production and distribution of the remainders are closed except for essential goods and services. For this reason, the world's GDP is expected to fall by three percent in the year 2020. According to the World Trade Organization, there is a possibility of a 13 to 32 percent decline in world trade.

The growth rate in India is expected to be 1.9 percent according to the International Monetary Fund. Given the current crisis, spending on health services has become a priority for all governments.

It will take some time for the economy to take over even after the virus ceases to take effect. In the future, whether the countries of the world would like to maintain the same economy as before or try for a change that can make mankind more prosperous, happy and safe, only time will tell, but it is certain that whatever changes will happen, India's important role possible.