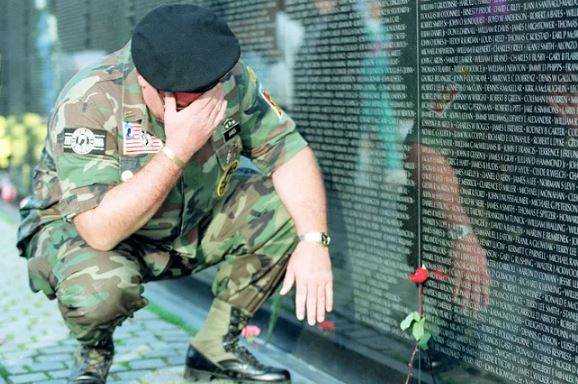 More Americans have passed on from the coronavirus than during the whole Vietnam War. Absolute U.S. fatalities would flood Dodger Stadium. A larger number of individuals are contaminated than live in the province of Delaware.

So for what reason is the lamenting so hard?  The monstrosity of the pandemic loss of life is enclosed by a mass of quietness, not associating with our government officials, the media nor people in general. Appreciative adulation echoes daily for medical caretakers and guardians, yet there are barely any candlelight vigils for the dead; places of worship are covered; most families can't hold burial services.

Doesn't our national misfortune merit something other than checking the number on CNN consistently, and shaking our heads as the loss of life tops 50,000, at that point 67,000 and past?

Media inclusion of the loss of life appears to be clinical and for-the-record when it should be grave and shared, similar to the hints of John F. Kennedy's pony drawn caisson climbing down Pennsylvania Avenue, or the weepy perusing of the names on the commemoration of 9/11 consistently.

Conversely, newsrooms today are attempting to pass on exactly how profoundly the country has been injured. Offering just nearby or particular tribute on the web, in papers or on TV doesn't quantify up when hundreds more are passing on each and every day.

This astounding technique of shirking possibly develops when President Donald Trump in his unlimited long periods of question and answer sessions scarcely makes reference to the dead, looking forward rather to continuing rowdy political assemblies. Or then again when his child in-law Jared Kushner pronounces that 1 million Americans contaminated and in excess of 60,000 dead is an 'extraordinary example of overcoming adversity.'

Think about that determined position of whistling past the memorial park to June 27, 1969, when LIFE magazine fearlessly distributed 'Appearances of the American Dead in Vietnam,' demonstrating the photographs of 217 of the 242 U.S. warriors who kicked the bucket in a solitary 'normal' week in the late 1960s.

LIFE's choice to print the names and faces of fallen officers was intense and extraordinary. What's more, similar to the 57,939 names on the Vietnam Veterans Memorial divider that followed 13 years after the fact, LIFE's publication grasp of the human cost drew clamors from birds of prey even as it helped turn popular supposition against the war.

The magazine's yearbook approach was 'not simply numbering, a rundown of names, yet an image of every last one of these individuals, it had a staggering effect,' Hal Buell, previous photograph boss for the Associated Press, disclosed to The Washington Post on the commemoration of LIFE's issue a year ago.

Names are being discharged irregularly, if by any means (a few coroners in Florida are being exhorted not to report figures). Numerous casualties are old; not all nursing homes or medical clinics discharge names and correspondents regularly should depend on families for data.

The coordinations are bewildering. At the point when I was a proofreader at USA TODAY we once pressed 100 mug shots onto a solitary page. (We did it to show every representative's vote during the 52-48 affirmation of Supreme Court Justice Clarence Thomas in 1991).

By that measure, showing little photographs of 70,000 coronavirus casualties 100 to a page would require an uncommon area of 700 pages, a thick gravestone of disaster.

To accumulate anything moving toward an authoritative rundown of the dead would almost certainly require a joined exertion of government, state and neighborhood wellbeing offices, and participation by national and nearby news sources the country over. With newsroom work cut by half since 2004, it is a test exceptional in the news business.

In any case, it is an exertion, network by stricken network, deserving of the calamity confronting us. USA needs to mourn over the corona cases not just count it.