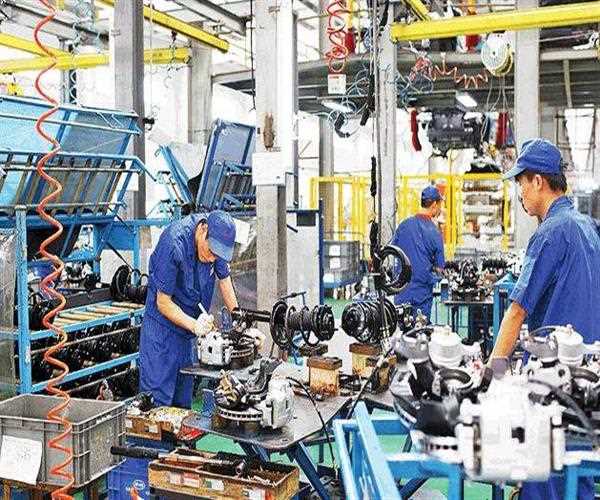 China Will No Longer Be Supepower After COVID-19

According to data recently released by China's Statistics Department, China's economy has shrunk 8.1 percent during the first quarter of 2020 compared to the previous year. This decline is seen for the first time in the last three decades.

On the one hand, China had to close its production centers due to the Corona hit, and on the other hand, due to the outbreak of this epidemic worldwide, there was also a huge reduction in the consumption of Chinese goods in other countries and there was a demand increase even after the lockdown opened. unable to see.

Foreign customers of Chinese goods have either postponed or canceled their orders. Payments for new and previous orders are also not available.

The US had waged a trade war against China before the Corona epidemic. The US President had started curbing imports from China by increasing import duties.

Following the Corona epidemic, the US has also made several allegations about China intentionally spreading the virus or hiding its threats from the world. America has also started investigating it. Naturally, all this will affect exports from China to the US. Meanwhile, most countries of the world still depend on China for the supply of essential commodities during this crisis. Many things, including medical equipment, test kits, masks, sanitizers, are being imported from China.

But due to the poor quality of Chinese goods, those countries are angry with China and in many cases, due to poor quality, the consignments of China have also been returned.

Various countries believe that China is responsible for the Corona epidemic. In many places, there is also talk of recovering damages from China. It is worth noting that for the last two decades, there was a glut of Chinese goods in the international market as well. Not only this, but Chinese government and private sector companies are also investing large amounts in different countries.

The growing mistrust of China has led many countries to rethink their economic relations with it. The US has even said that the coronavirus infection has happened accidentally or in a conspiratorial way, it will be investigated and if found guilty, China will have to bear the consequences. Due to the plight of companies around the world and the decline in the prices of their shares, the Chinese government and private companies are in the process of acquiring them.

Many countries have invalidated such investments by changing their foreign investment rules to prevent this unfair attempt. Recently, India has also changed its foreign direct investment rules, under which it will be necessary to obtain government permission for investment coming from all countries including China, whose border is connected to India.

Today, about a thousand companies in the world are willing to move their industry from China to India and are in talks with the Central, State Governments, and other official institutions.

Of these, 300 companies are engaged in the production of mobiles, electronics, medical devices, and textiles. These companies are considering India as the most suitable destination. America, Japan, and South Korea are highly dependent on China today. The environment in India is looking favorable for these companies. It is worth noting that in the last few years, India has steadily moved up to 63rd position in the global ranking in terms of 'Ease of Doing Business'.

The benefit of this change in corporate tax rates some time ago would be that new investors, on the one hand, would be encouraged to come here and be discouraged to move elsewhere from already functioning India, because there is no country with less tax where they can go.

For the last few years, the name of India is being respected with great respect by the Indian leadership in the steps which have increased India's credibility in the world. In the time of this crisis, when the big and rich countries of the world are seen helpless, in the manner in which India is dealing with this crisis with prudence, strictness and civil support, providing medicines to many countries including America, England, Brazil. With this, India's credibility is increasing in the world.

It is the result of this increasing credibility of India that for the first time in the history of America, many Indian medicines have been allowed to break records in large numbers.

China, which has been a boon in the global market for the last two decades and the favorite of global investors, is not only facing the disinterest of investors, but already established foreign companies are preparing to travel from China.

The Government of Japan has decided to provide two billion dollars of assistance to its companies which have traveled from China, so that they can easily carry out this work. On the other hand, due to its foreign exchange reserves and economic strength, the Chinese government and companies started investing heavily around the world. Not only did Chinese government and non-government companies acquire large numbers of companies around the world, they also bought large amounts of land in many countries including Africa.

But in the last nearly two months, the situation has become more against China. On the one hand, manufacturing has been affected due to the havoc of the Chinese virus, on the other hand, due to emergency situations of different countries, the demand for masks, PPE kits, and Corona test kits from China has increased. Taking advantage of this opportunity, China has not only increased prices but has also started exporting inferior goods. In such a situation, the anger of the countries already affected by the virus started from China has increased further and they have returned the inferior goods from China.

Many countries have even told China not to pay the price of these goods. Today, citizens of all those countries of the world including India are also becoming aware and their resentment towards goods imported from China is increasing.

This can be said to be a favorable condition for India. In the future, due to the growing awareness against China and the angry efforts towards China, its economic relations with other countries will not remain the same in the future. It seems that the path ahead of the benefits of globalization that China has taken in the last two decades is not visible.