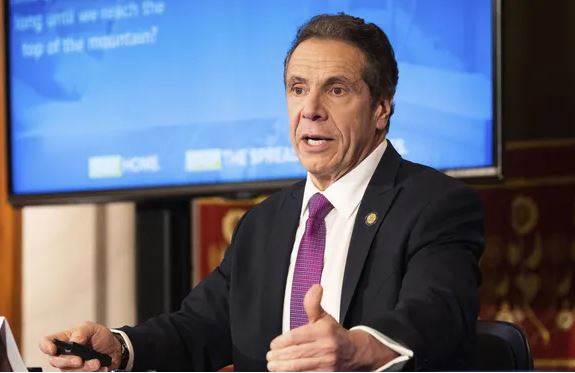 Wails of shock welcomed Senate Majority Leader Mitch McConnell's proposal that Congress should oppose further financing of ruined state and nearby governments in light of the fact that the cash would be utilized "to rescue state benefits" that were never reasonable aside from "by getting cash from people in the future." Instead, Sen. McConnell proposed, maybe Congress should pass a law permitting states to default on some loans.

New York Gov. Andrew Cuomo quickly countered that the insolvency of an enormous state would prompt monetary disarray, and called McConnell's proposal "one of the saddest, extremely stupid remarks ever."

To be sure, the exercise of the 2008 Lehman Brothers insolvency was that a rescue would have been far ideal, less expensive just as less problematic to business sectors.

Yet, McConnell is right that numerous states are monetarily submerged in light of flippant giveaways to open associations. By and large, at age 59. These benefits were frequently expanded by tricks, for example, spiking additional time in the most recent long periods of business, or by working one day to get kudos for an additional year.

In New York, arcane Metropolitan Transportation Authority work rules bring about steady additional compensation — including an additional day's compensation if a worker rail engineer drives both a diesel and an electric train; two months of paid excursion, occasion and days off; and extra time for workdays longer than eight hours regardless of whether part of a 40-hour week. In 2019, the MTA paid more than $1 billion in additional time.

Maybe McConnell and Cuomo are not that far separated all things considered. While chapter 11 has neither rhyme nor reason now, since states can scarcely be accused for COVID-19, government subsidizing could accompany a commitment by states to receive feasible advantages and work rehearses for open representatives.

For what reason should citizens pay for shaky qualifications? By what method can Cuomo run "a superior transportation framework" when unbending work rules disallow him from settling on reasonable operational decisions?

Citizens are reeling from these faulty weights. The overabundance stuff in open organizations is not really constrained to open workers. The boat of state originators under the substantial load of formality and privileges that have, best case scenario, just negligible utility to current needs.

Bureaucratic loss of motion is the standard, regardless of whether to begin another business (the U.S. positions 55th in World Bank appraisals) or to act quickly when a harmful infection shows up (general wellbeing authorities in Seattle had to sit tight for quite a long time for government endorsements).

Very much proposed programs from past decades have developed into indefensible qualifications today —, for example, "conveyed premium" tax cuts to speculation firms and over the top flawlessness commanded by a specialized curriculum laws (devouring upward of 33% of school financial plans).

The main down to earth approach is for Congress to approve a free recuperation commission with an expansive order to ease formality and prescribe approaches to clear out pointless expenses and qualifications. This is the model of "base-shutting commissions" that settle on politically troublesome decisions of which states lose army installations.

Recouping from this emergency will be troublesome enough without carrying along the collected stuff from an earlier time. A smoothed out, taught government would be a blessing not exclusively to marshal assets for social needs, yet to free human activity at each degree of society. That requires changing the standards. Be that as it may, change is hard, as Cuomo noted. Expansive trust will be required. That is the reason the new structure ought to be concocted by an autonomous recuperation commission.