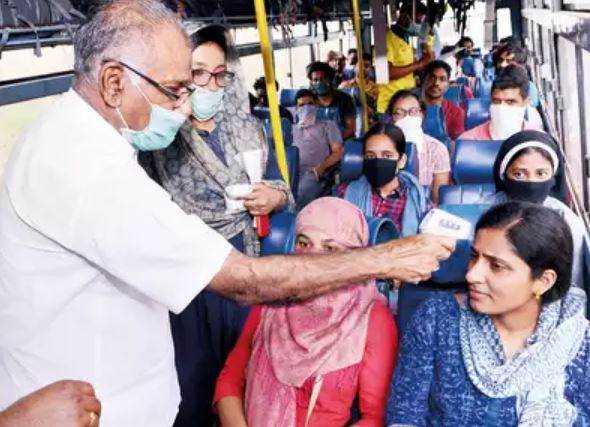 Time For Evaluation Of Traditions

It is a situation of uncertainty. Fearful, uncertain life on the present Earth is the first concern today. All credible signs of normalcy are currently suspended, in the dark. But clouds have always been seen passing through the sky in every season. A small piece of cloud arrives on the sky of Ashadh and spreads far into the whole sky. Seems like, continuous rain will never stop. And the rain stops. The sky is clear. Life is normal.

At the moment, the sky is also clear and the river is also clean without any human plan. But as long as the people on earth affected by the deadly virus corona are badly and completely frightened, are we not also seeing how we are introducing ourselves? Like a world citizen who was civilized in this 21st century in three thousand years or three thousand years ago and in any adverse situation in these three thousand years with strong tendencies of primitive rudeness? Then why not the life of modern, developed, cultured and cultured man is called grand primitive life?

That is Glorified Primitive Life in English. In the course of the development of history, even if we continue to do anthropological studies about many civilizations of human beings, but interestingly it seems that in the primitive era, fear kept people united and in the 21st century all the heads of state had to join hands and request that Humans unite to face the epidemic and to have a new life. Why don't we gather with our knowledge, culture, civilization, and culture, which our brain has gathered in three thousand years?

It is quite clear that the human brain or matter has developed in the evolutionary sequence of the whole earth, but there has not been any concerted development of the human mind with time yet.

Man is constantly cherishing his primitive instincts in the journey of complete biological development, not allowing them to become fossils. In short, man-made time and history have no role in human civilization. He has strictly preserved primitive time, which he confirms from time to time. In this aggression, he feels safe.

The tragedy is that an invisible virus has snatched away and thrown away its protective shell. The tragedy is also that when an invisible power is addressed to us in the language of death, then we immediately believe it and if the address of an invisible power is on the level of life from us, then we either doubt about its existence Or give him a foolish distinction of superstitions and evil practices. The human mind doubts. The human heart sees perpetual eternal auspiciousness.

To look inauspicious is a fearful primitive instinct, which is why auspiciousness has called misery evil. As long as death is fear, nothing is auspicious.

For the West, the Indian Earth is still the land of knowledge, and Asia the universe of light and bliss. While the smell of primitive instinct in the modern Indian psyche still remains contagious. Therefore, if modern human life is called glorified primitive life, grand primitive life, it will not be wrong. Again and again your evaluation is necessary.

Nirmal Verma did not wrongly write that evaluating his tradition in a time of crisis is a way of evaluating himself, finding the roots of his identity. Who we are - it becomes an immediate question to confront our own destiny rather than a philosophical question.

After hearing the sermon from the Vedic sage, when the srotriya used to declare the wish of an auspicious, the sages gave the proclamation saying that it should happen. So can we also see something auspicious in this fiddle of global tragedy? Surely our hopeful mind sees that this imminent crisis will soon pass.

If a calamity has manifested suddenly due to latent reasons and our invisible world, then it will surely become invisible over time, but even then will our social life and behavior remain the same, as we would have manifested in the primitive posture under adverse conditions. Coming

From this perspective, we can see that when we get a corona-free fearless society, then what kind of influence are we going to accept in that affected social life and at what level we are trying to influence that life, May no other corona make us so helpless and no one gets our primitive smell.