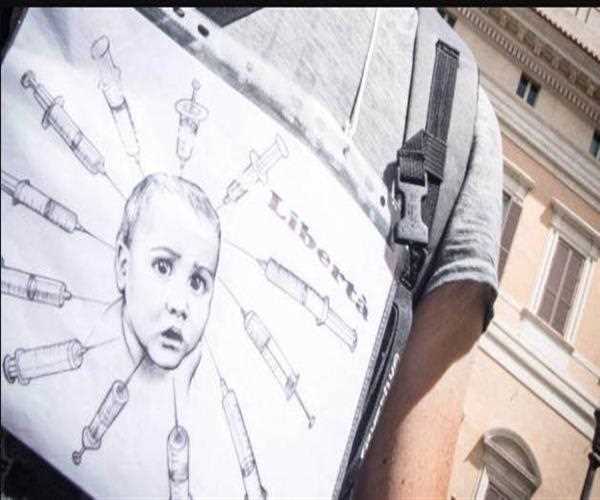 COVID-19 Will Be Followed By Conspiracy Politics

Over half of the world’s population is in self-confinement as a result of the COVID-19 pandemic. And though the lockdown has slowed the spread of the coronavirus, it has accelerated the progress of another insidious phenomenon: conspiracy theories. Fearing for one’s life, livelihood, and loved ones, all while in a state of isolation, has turned out to be a veritable Petri dish of fabulist paranoia.

According to one of the most popular conspiracy theories, new Chinese-made 5G networks are to blame for the pandemic. According to the theory’s proponents, 5G equipment is emitting radiation that weakens the immune system or is even transmitting the virus directly. In the United Kingdom, proponents of this view claim that the Huawei research center responsible for the company’s UK rollout is located in Wuhan, where the pandemic started.

As it happens, Wuhan is also host to many laboratories, and, according to recent opinion polls, 23% of Americans and 17% of the French believe that the SARS-CoV-2 virus was created “intentionally” in one of them. In France, the conspiratorial lens focused first on a Chinese P4 (the highest biosafety level) lab that was apparently set up with the help of the French government, before shifting to former French Minister of Health Agnès Buzyn and her husband, Yves Lévy, both of whom are doctors of Jewish descent. Indeed, when conspiracy theories are on the rise, anti-Semitism is never far away. Not surprisingly, the philanthropist George Soros has also been linked to the “Chinese lab” conspiracy.

Conspiracy theories often track existing political divides and are particularly appealing to those on the far right. In France, National Rally followers in the aforementioned poll were twice as likely to believe that the virus was made in a lab. And in the UK, tying the virus to Huawei has been convenient for those within the governing Conservative Party who believe the company is a Trojan horse for the Chinese government.

Conspiracy theories are not inconsequential. In the UK, a number of phone lines (which are crucial for the emergency services) have been burned to the ground, and the engineers responsible for installing them have been harassed and accused of complicity in “murdering people.”

Most of these theories have spread through social media platforms, which have been flooded with new users, including many elderly people who have been relying on digital platforms to stay in touch with family and friends. Having grown up in a media environment populated with far more professional gatekeepers, older people are more likely to share fake news and online rumors. And, compounding the problem, people generally are more likely to believe messages they receive from someone they trust.

Anti-vax fearmongering has also driven a sharp decline in yearly flu shots in some European countries, with a concomitant rise in deaths. In Italy and France, a 2015 poll found that 30% of the population opposed mandatory vaccination. Now, both countries have relatively higher COVID-19 death tolls than their neighbors.

Four years after the pro-Brexit Tory politician Michael Gove declared that people have “had enough of experts,” the COVID-19 pandemic has shown that distrusting or vilifying scientists can have deadly consequences. For widespread vaccination to be carried out, the public will have to trust the professionals.

Yet the populist leaders in power around the world thrive on undermining professionals, experts, and others associated with “the establishment.” US President Donald Trump, for example, has on several occasions publicly contradicted Anthony Fauci, the respected director of the US National Institute of Allergy and Infectious Diseases.

And the situation in Italy maybe even worse. Back in 2018, the populist coalition in power at the time ignored Italy’s medical professionals and abolished mandatory vaccination for children.

Moreover, the celebrity factor will continue to infect the conversation. Just a couple weeks ago, the tennis star Novak Djokovic, an advocate of “natural healing,” proclaimed that he will “not be forced by someone” to take a COVID-19 vaccine.

Much like COVID-19 itself, the best protection against conspiracy theories is inoculation. People need to be trained to recognize one when they see it, and to question the sources and basic logic of information they encounter online. Public-health officials and responsible politicians have a big job on their hands. To beat the coronavirus, they need the public’s trust. To succeed, they will have to stop two deadly contagions at the same time.