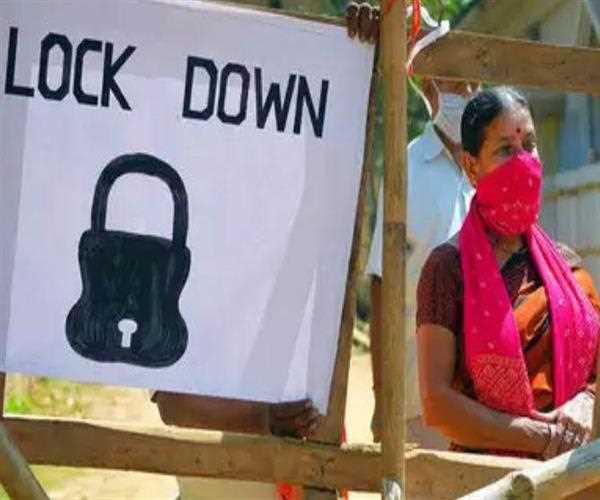 COVID-19 Lockdown Will Stay But For How Long ?

Lockdown is not coming to end in the country. The lockdown, which began March 25, was supposed to end tomorrow, but will now run until May 17. It will include several exemptions, for which a statement of 11 pages has been released by the Central Government. Some of the exemptions were also given in the second round of lockdown, but on their strength, the agricultural markets and shops could not open even far away.

The lockdown was taken as an inevitable evil in view of the unprecedented situation created worldwide by the corona virus. Everyone was aware that the 21-day complete lockdown could prove to be an antidote to the already faltering Indian economy. But the question was about the lives of the people, so all of them followed this drastic step without displaying any kind of protest.

Then it has been extended for 19 days and now 14 days. Studies show that the demand-supply balance in the country is collapsing and the economy is getting depleted by increasing lockdown. The new declaration states that many types of economic activities will be possible in the Green Zone, but will it start any industrial stir in the country?

Not only Mumbai and Delhi, many more big cities of the country like Kolkata, Chennai, Hyderabad, Bangalore and Ahmedabad are also in the entire Red Zone. The question is, when most cities in the country, which are considered to be the hub of industry, will come to a standstill, what practical meaning will be left of the lockdown exemption? The activities which are exempted in the Green, Orange and Red zones are making such an amalgamation among themselves that the result of them will be the surety of the will of the police-administrative machinery.

There is no exemption for the state governments in implementing the rules of the Center, as well as discrimination is seen in its compliance. If a state gets scolded at the slightest deviation, conduct contrary to any one is ignored. The centralization of power under the disaster law is a reminder of the license-quota-permit raj issued in India till three decades ago.

The security of the people, their livelihood, work and business will not be possible through excessive centralization of power and misty manuals. State governments and local administrations have to give freedom of judgment. They decide with their responsibility and discretion what will go on and what will be stopped. Otherwise, even if we are saved from disease, we will be killed by unemployment and starvation.