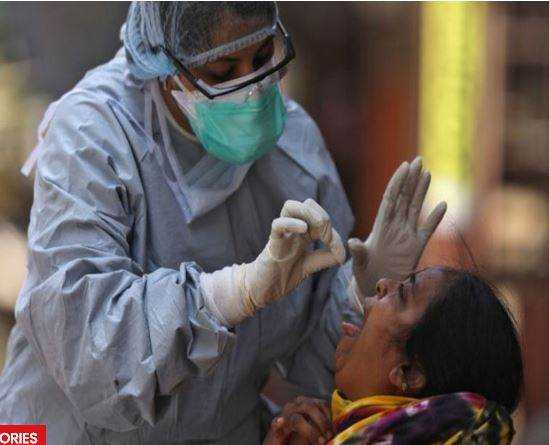 Today, the whole world is plagued by Covid-19. It is worth noting here that in the whole world, about three-quarters of the people who die due to this disease are just people from five developed countries. Seeing this, it also comes to mind that all these countries come on top in terms of healthcare facilities in the world.

In such a situation, it is clear that better health services in a country do not guarantee that you will be safe during the time of the pandemic. Then how can we be saved? What are the reasons or measures that have led some countries to be successful to a great extent in protecting themselves from this disease, while many other countries are struggling with it?

Countries such as Australia, Singapore, South Korea, Germany, Canada and India have so far controlled the epidemic to a great extent. The statistics testify that the number of deaths per epidemic in these countries per million population is very low.

It is said that the health system provides a perspective on a country's understanding of the way it can implement measures to prevent deaths from coronavirus infection. Well, the healthcare system only represents half the story of this approach. Except for India, the above countries are in the top 50 in the health facilities list i.e. health ranking, while the ranking of India is 118th.

Perhaps what has emerged as the most important factor, in this case, is the kind of attitude the political leadership of which country has taken to deal with this problem. Governments of all countries took various steps in their own ways to prevent this epidemic. In such a situation, we should know that the countries which have succeeded in protecting themselves from this epidemic to a great extent, after all, what measures did they take.

Singapore is a relatively small country in terms of population and area. It has also affected the effect of SARS in the past. The Prime Minister took quick measures in the initial phase of Kovid-19 itself. The Government of Singapore formulated and implemented a national plan in the early stages of the disease itself on 16 February to effectively protect its citizens from the ill effects of the disease. For this, he identified as many suspected cases as possible and investigated them all.

Corona-positive people were quarantined at the same time and strictly asked to follow its rules. Also his entire family was quarantined. During this time all such people were digitally monitored. If a corona suspect was found not to be following quarantine or related rules in the state of isolation, a provision was levied on him. A provision of ten thousand Singapore dollars or six months in jail was provided for violating the quarantine rules. However, the lockdown measures in Singapore did not have to be implemented, as the population here is relatively small and civil activities remained normal due to the widespread corona test.

India is the second-largest country in the world by population. India has made unprecedented efforts to stop the epidemic from spreading. Perhaps this is the reason why many organizations of the world, including the World Health Organization, have praised India's efforts. Since the Indian government had recognized in the initial stages that the huge risk of Kovid-19 was only related to the passengers coming from abroad, it canceled the visa for China, South Korea and Iran on 26 February itself. And sent all Indian residents coming from these countries in isolation for 15 days.

The Government of India was well aware of its weaknesses that it is not possible to provide effective treatment facilities to everyone in the event of infection spreading in such a huge population, so Prime Minister Narendra Modi has asked the countrymen to stay at home for a day. Requested to remain, which the people fully adhered to, then decided on 24 March a nationwide lockdown that continues to this day.

Not only that, the government then prepared a national plan and carried out a coordinated strategy with all the states and union territories. During this time, citizens including all parties and state governments are following the guidelines related to the nationwide lockdown of the Prime Minister.