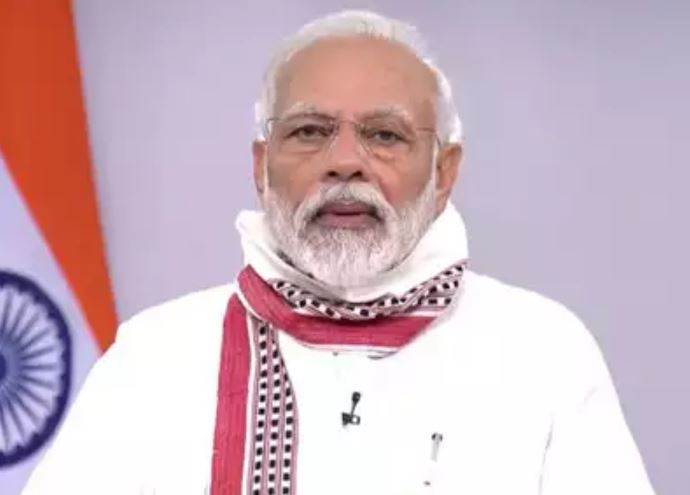 Everyone is fighting this battle according to his ability. This spirit should remain. Today, whether it is business, office, education, or medicine, every field is adapting to changes in the post-epidemic world. He said that today we are adopting new things for rescue, such as masks. Initially, it seemed strange, but today it is starting to look natural because everyone is using it. Soon it will become a symbol of civilized society.

Similarly, there has been a ban on spitting, but people did not accept it. It is now being accepted. Similarly, two yards are being built between each other. The practice of all these has become necessary now.

In fact, the Prime Minister's emphasis is that the Corona crisis is going to belong. So to fight this we have to make a complete change in lifestyle. Lockdown has a limit. It has to be removed today or tomorrow because it can cause a crisis in living.

Therefore, the Prime Minister wants to give a message to the countrymen that despite the removal of the lockdown, we have to live among many restrictions and instead of considering it as a ban, we should consider it a part of the way of life, giving it a form of self-discipline.

Significantly, the World Health Organization has also indicated that the crisis of the Corana virus will continue for a long time. Therefore, many other countries have also started economic activities gradually with many restrictions. In India too, many areas are exempted from lockdown.

There is a need to open some more areas. This is possible only when considerable vigilance is taken as cases of infection continue to increase. Therefore, the Prime Minister cautioned the countrymen that we should not get caught in over-confidence, we should not take the idea that corona has not reached our city, in our village, in our street, in our office yet, so No more arriving.

Such misconceptions should not be maintained. The experience of the world is telling us a lot. Truth be told, the Prime Minister has given a message of positivity. He has asked the countrymen to go into battle against the Covid-19 with all the encouragement, caution and new methods. Hopefully, people will understand their point and they will not repeat the mistakes which weaken this fight.