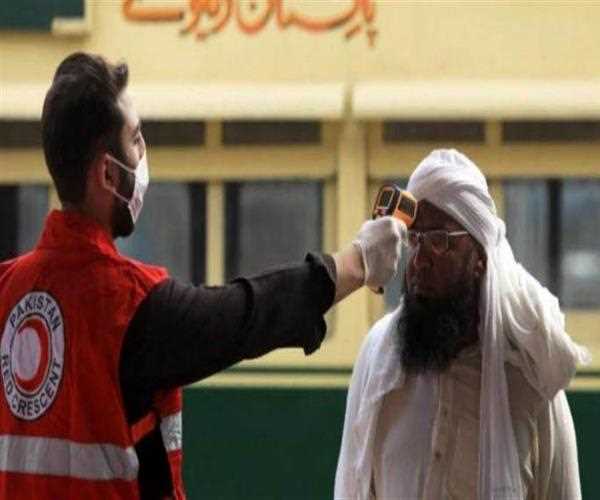 Pakistan Turns Out To Be A Fragile State During Coronavirus Pandemic

The coronavirus epidemic in Pakistan is taking dangerous forms day by day. In early February, when the first corona case was confirmed, preparations should be started to deal with the epidemic. but that did not happen. Imran Khan kept saying till March 24 that there is no need for lockout.

Finally, on 25 March, Imran had to declare the lockout after increasing cases of the virus and all-round pressure. Due to this late decision, the country is now in great trouble, due to which there is a lot of anger against the Imran government in the Pakistani people. The number of infected in Pakistan is around 12,000, then the death toll has crossed 250.

The WHO believes that if the necessary steps are not taken to deal with the corona, by mid-July the figure of infected will exceed two lakhs. Even now, in view of the seriousness of the situation, during the recent lockdown under pressure from fundamentalist clerics, the government has collectively allowed prayers in mosques in this holy month of Ramadan. Imran Khan has defended his government's decision that people cannot be prevented from visiting mosques.

But it will not be able to comply with social distance. Many doctors have expressed their concern over the decision of collective namaz. It would be ironic that while many countries have banned the offering of prayers in mosques in Ramadan and asked people to offer prayers in their homes, Pakistan does not care about the lives of its citizens even in this difficult time.

There has been a shortage of food and everyday use since the lockout in Pakistan. Millions of poor and workers are deprived of the necessities of daily life. The hunger crisis has arisen in front of the daily earning population. Thousands of such people are taking to the streets and protesting against the government. The Pak government is now helping the affected people. But this is not meeting the demand for cash.

The government does not have enough funds to meet the demand. Recently, the Economic Coordination Committee of Imran's cabinet has approved a relief package of Rs 1,200 billion to deal with the crisis caused by the corona virus in the country.

While India is unitedly fighting the war against Corona, Pakistan is infiltrating militants from across the border into India at a rapid pace. Even at such a time, he is not able to forget his so-called enmity with India. It seems that this failed attempt to intensify and infiltrate across the border is under some conspiracy.

Pakistan Prime Minister Imran Khan, in a statement, has accused India of deliberately targeting India's Muslim minority group under the guise of Corona. Actually, Pakistan aims to divert the world's attention from its internal issues. The fact is that in his own country, minority communities are the target.

In the end, it can be said that the Imran government of Pakistan has proved to be weak in preventing the spread of coronavirus. Pakistan's Supreme Court has termed Prime Minister Imran Khan's cabinet as ineffective over allegations of taking the Corona epidemic too recklessly. The situation there has taken a dangerous form, so only a miracle can now get Pakistan out of it.