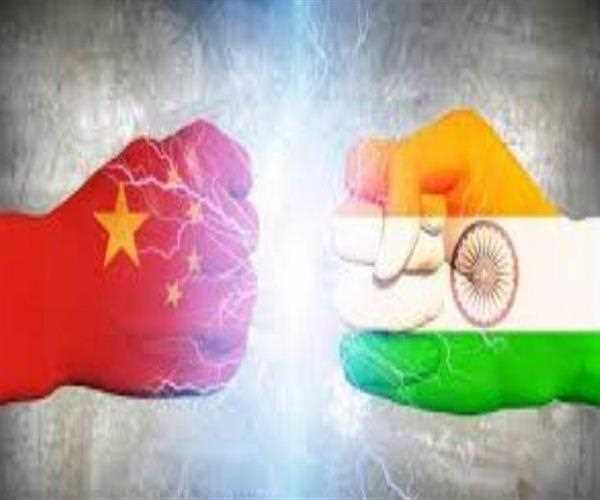 US Secretary of State Pompeo and French Noble Laureate and HIV co-inventor Locke Montanier are among the few who believe that China deliberately spread the virus of COVID-19.

They both claim that the virus came not from the Chinese freshly chopped animal meat market, but from China's only and top four microbiology laboratory.

America and France are powerful countries. On the other hand, economically weak and China dependent countries are avoiding saying anything and have adopted a safe attitude. India does not fall into both these categories.

In such a situation, India has changed its policy of direct foreign investment in the case of Chinese investment in Indian companies like America, European Union, especially in countries like Italy, Spain and Germany, and Australia.

The decision by New Delhi to curb investments coming through Hong Kong, Singapore and other countries where sugar has a direct presence is welcome. An immediate move would curb the Chinese intent of acquisition in Indian companies, while it would also impact local businesses.

For example, it will also have an impact on Indian companies that have been dependent on Chinese investment for years, and who sell cheap Chinese products in the country.

One of the reasons why these investments have been approved is that India insisted on direct foreign investment without looking into it, which is considered an indicator of economic prosperity. Another reason for this is that our manufacturing companies were happy to see cheap Chinese products, as Nitin Gadkari recently pointed out that wooden spoons served with ice cream are made from Chinese bamboo.

Apparently, Indian companies will now have to produce many such products including a spoon. This will not only increase employment prospects in the country but 'Make in India' will also gain momentum in the real sense. It will also be a promising change from the Corona epidemic that is going to change.

Like many people, the author of these lines also believes that the spread of the Covid-19 virus is probably due to China. Was this China's planned move to weaken the global economy?

Although it killed thousands of Chinese citizens, it is not a big issue for China. Chinese leaders do not disturb the deaths of their citizens. Was the intention of Chinese acquisitions working on those companies of western countries, which were a hindrance in China's path to becoming a world power?

But it seems that this plan of China has now backfired, as many western countries are now feeling the loss of their over-dependence on China due to supply chain collapse.

Apart from this, stock markets have also broken due to fear and apprehension. The second part of China's strategy was to gradually occupy the economies of the countries by increasing investment in companies that had been affected by the virus attack. China has already done this work in India's neighborhood.

But Chinese investments come with very difficult conditions, leaving little scope for the exit. Take the example of war-torn Sri Lanka, which has excellent roads and ports due to Chinese assistance. Chinese help gave Sri Lanka's economy a height, but at a cost.

Its Hambantota port has become a Chinese city, as Sri Lanka was unable to pay the high-interest rates demanded by China. So when Sri Lanka could not pay, the Chinese occupied the city with the port of Hambantota like a big bank. China is also making similar moves in Maldives, Myanmar, Bangladesh, and Nepal.

All these countries need money to advance their growth rate and China has money. Apart from this, he also completes projects on time. On the other hand, India has been hoping that its geographical proximity and the promise of a good neighborly religion could be an appropriate response to Chinese aggression between neighboring countries. But as we have seen in the last decade, there is nothing like this.

Very few of us know that China makes more than $ 50 billion per year by doing business with India and selling its products in the markets here. This is equal to the amount that China promised Pakistan in return for its generosity towards the construction of the China-Pakistan Economic Corridor (CPEC). Pakistanis also believe that this corridor will be enough to become a semi-developed economy of Pakistan! But this is beyond the truth. It has simply made Pakistan a slave to the Chinese.

In this scenario, our government's move to restrict Chinese investment in the Indian economy has come as a surprise, as India has in the past and even now, stepped up China's expansionary measures to curb the growing trade imbalance in favor of China. It did not show any interest. But this is another time when India has challenged China's bluff.