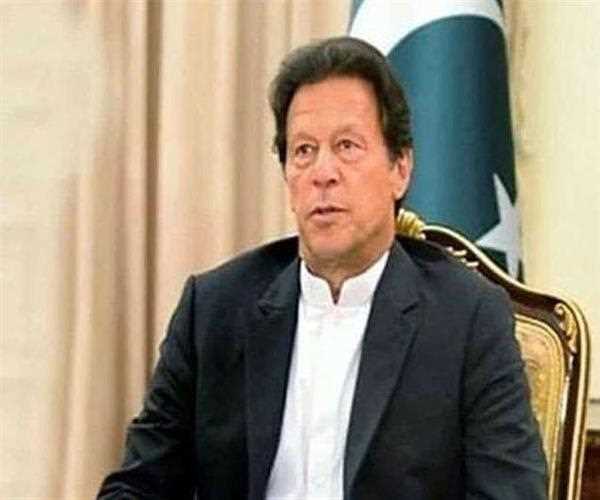 Pakistan Wants Enmity Not Support From India During Coronavirus Pandemic

There has been such a situation in Pakistan that Chief Justice Justice Gulzar Ahmed had to take suo motu cognizance of what the Imran government is doing to deal with the COVID-19 epidemic. For this, he set up a five-member bench and the hearing of the case started on 13 April. During the hearing, the judge appeared unhappy with government policies and programs in dealing with the epidemic. The judge was quite upset with Prime Minister's health advisor Zafar Mirza.

They also demanded to be removed from the post. The judge retracted only after the plea of ​​the government lawyer. The lawyer argued that such a change in the midst of the disaster would not be right. The judge also lashed out at the government for partisanship in spending and arrangements to deal with the disaster.

The Supreme Court's unhappiness over how the Imran Khan government is handling the COVID-19 disaster shows that all is not well in Pakistan. Due to poor economic conditions, Prime Minister Imran Khan has had to spread his hands to many countries. The International Monetary Fund (IMF) provided Pakistan with a billion-dollar amount to deal with COVID-19.

Pakistan's economy has always been in crisis, as it has been spending more than its limits on the strategic front instead of public welfare items like education and health. The reason for this is his hostile attitude towards India. Due to this hostile sentiment, even in the Corona crisis, he is not deterred from taking steps against India. He is ready to endanger the lives of his people but is not ready to give up his anti-India policy.

Prime Minister Narendra Modi interacted with SAARC leaders through a video conference on 15 March to increase cooperation in the challenge posed by the Corona crisis. All the leaders except Imran participated in it. Zafar Mirza joined him in his place. Imran Khan's intention behind this may have been to humiliate Modi, but in reality, it insulted all the participating leaders. In the same conference, Modi also announced a million-dollar fund for SAARC countries.

In the conference that was being held to deal with the pandemic, Mirza put forward a political agenda by spreading the disharmony of Kashmir. India also held a video conference of SAARC trade officials in which Pakistan did not participate. He insisted that this should be done through the SAARC Secretariat in Kathmandu. He ignored this fact, demanding that extraordinary circumstances demand extraordinary steps.

He also did not mention that the government amended this law when many people in Jammu and Kashmir were opposing the initial notification. In his letter, Qureshi also cried like a violation of human rights and the Indian Army's shelling around settlements along the Line of Control. All this is part of the propaganda that Pakistan has continued even during the COVID-19 disaster.

As a personal attack against India and especially Modi, Pakistan is comparing the policies of the Modi government and the ideology of the RSS with Hitler's Nazist policies. With this comparison, he hopes that he will be able to mobilize the liberal voices of the Islamic world and international discourse against the Modi government.

In the midst of the Corona crisis, Imran himself is leading the attack on the Modi government. He claims that the Modi government is targeting Muslims to divert attention from its failure to deal with this disaster. Our Ministry of External Affairs, while outrightly refuting these veiled allegations, responded that the Imran Khan government itself is a failure on the domestic front and its attitude towards dealing with minorities is very poor.

Pakistan's policies make it clear that it will never give up its hostility towards India, even if it hurts itself. His behavior is reflective of an ill mindset. Like any person, any country can become a victim of such a disease. Doctors are helpful in the case of people, but in the case of countries, leaders have to play the same role. When a leader like Imran Khan and the army of the country is determined to show malfeasance against India, no one will be able to help Pakistan in its mental illness of hostility against India.