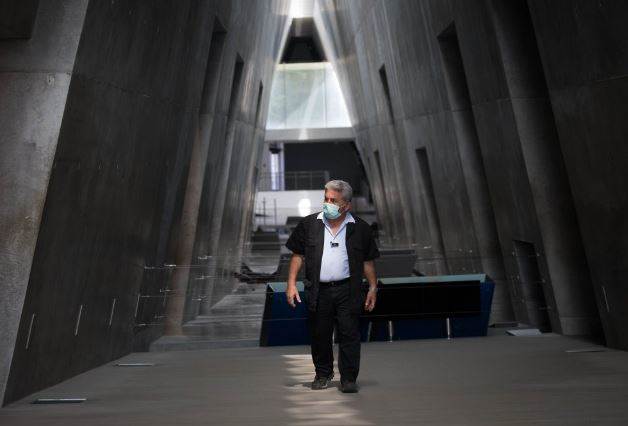 Because of the novel coronavirus pandemic, functions for Holocaust Martyrs' and Heroes' Remembrance Day were dropped in Israel and over the world. Yet, Yad Vashem and different establishments have discovered ground-breaking and inventive approaches to empower these occasions to be recorded, live-streamed and Zoomed, to permit every one of us to be isolated however together in our progressing endeavors to keep the memory of the Shoah alive and guarantee that "Never again" remains never again.

Simultaneously, the crown time seems to have generated another rush of worldwide discrimination against Jews, and we should be cautious against blood slanders censuring Jews for the present plague, just as to forestall assaults against Jewish organizations.

In one assault evidently roused by online gatherings empowering viciousness against Jews, US government investigators stated, an individual from a racial oppressor bunch planted a custom made bomb at a Jewish helped living home named Ruth's House in Longmeadow, Massachusetts, a week ago.

That discrimination against Jews has raised its monstrous head again during this pandemic is especially upsetting. Israel's first casualty from COVID-19 was a Holocaust survivor from Hungary named Aryeh Even, 88, who kicked the bucket in Jerusalem on March 20. From that point forward, various Holocaust survivors have surrendered to crown, including Benjamin Levin, the remainder of the factional Avengers in Poland and a previous warrior in the Irgun, who passed on April 13, two days after his 93rd birthday, at a Westchester nursing home.

It is much increasingly shocking that survivors, for example, Even and Levin needed to spend their last days alone, away from their families, and must be covered after small burial services because of the infection.

As we respect the recollections of 6,000,000 Jews who died during the Holocaust and salute the assessed 400,000 survivors still alive today, we ought to likewise interruption to recall the many survivors who have as of late kicked the bucket from crown complexities.

The initial function for Holocaust Martyrs' and Heroes' Remembrance Day was communicated by means of the Yad Vashem site, YouTube and Facebook Live on Monday night. Its subject was "Solidarity in a breaking down world" and incorporated the holding accounts of the six torch lighters and genuine supplications from the main rabbis.

Thousands transferred messages on virtual plaques on a unique remembrance site built up by the March of the Living association, which had to drop its yearly walk from Auschwitz to Birkenau this year without precedent for a long time, because of the infection.

As we ponder the present pandemic, Wiesenthal's words sound valid. Be that as it may, so does the hold back of the "Factional Song," posted in English by The Jerusalem Post's Greer Fay Cashman on Facebook: "Never state that you are strolling on your last way. Despite the fact that blue skies are covered up by long stretches of dark, the hour for which we long will yet show up; The earth will tremble with our track; We are here!"

Regardless of the numerous disasters experienced by the Jewish individuals, it has demonstrated to be a versatile country which today has its very own condition. Israel is a wellspring of solidarity in battling discrimination against Jews and loathe far and wide.

That is the reason, even as we are isolated today due to the coronavirus, we stand together and announce "Never again" for the whole world to hear. Holocaust pain is already enough for the suffered Jews and above that stigma of spreading coronavirus is totally unacceptable and the salvation of Israel has to be restored.