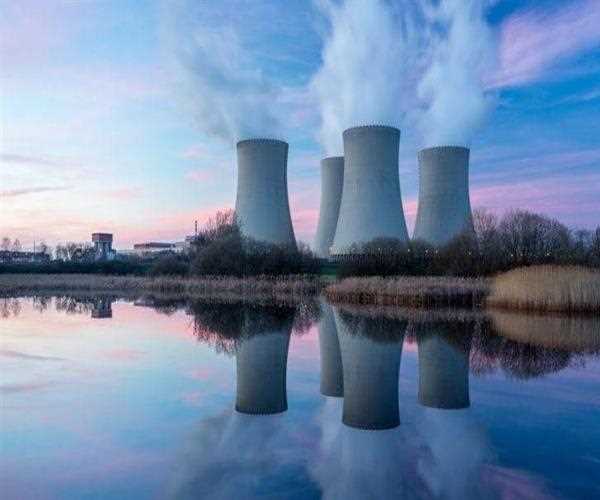 The spread of the coronavirus has not only disrupted civilian life but has also brought the threat of thousands of nuclear weapons to civilian nuclear centers. The hands who have been entrusted with their responsibility are seen to be inactive.

Hundreds of Britain's nuclear bombs and missiles are buttoned up by Prime Minister Boris Johnson, but he himself succumbs to Corona. Russian President Vladimir Putin has survived narrowly. Suspicion of his corona being born had already arisen. How can anyone be confident about US President Donald Trump? The truth is that anyone who has a nuclear weapon button is in the midst of danger.

Even though the corona test of Putin and Trump had been negative, as soon as the British Prime Minister was admitted to the hospital's ICU, questions were asked in strategic circles to whom he had been handed Britain's nuclear suitcase. Operators of military and civilian nuclear centers around the world have started worrying about how to safely manage and operate nuclear stations and weapons. Nuclear scientists or engineers or technicians who oversee nuclear centers are beginning to suffer from the coronavirus and others should stay away from its wrath, worrying nuclear managers.

President Trump of eccentric nature is unable to control himself in front of thousands of deaths due to Coronavirus. At more than 150 US military bases, most of which have atomic bombs and missiles deployed, the coronavirus has started showing its orgy. The activities of the experts operating the nuclear centers have started to get affected and there is increasing mental pressure on them for the safety of themselves or family. In fact, the political hands entrusted with the responsibility of safe handling of the command of nuclear weapons seem to be directly or indirectly troubled and the hands that were assigned direct handling of nuclear ships are suddenly being found ill with corona.

A few hundred of the five thousand marines aboard the American aircraft carrier Roosevelt, with a capacity of one million tons, and the French nuclear aircraft carrier Charles de Gaal of the same capacity, were stirred by naval circles in the US and France. Charles the Cheek and a destroyer accompanying it had to be quarantined in the same way as the stranded passenger ship Diamond Princess in Japan.

Staff at the reactor chamber of the nuclear-powered US aircraft carrier Roosevelt were dismissed when they confirmed the coronavirus infection and reported it to the US naval headquarters by the ship's captain. However, when the whole matter came to light, the US Navy Chief had to resign. Obviously, due to Corona, there is a lot of panic in the military and political leadership.

Here, due to the outbreak of Coronavirus, the reactor operators of nuclear power plants are also trying to implement all the measures to keep their staff away from the disease. Efforts are made to ensure that the staff deployed in sensitive parts of nuclear stations do not get an infection. They are worried about where they will suddenly recruit new experts running nuclear reactors. Operators of US nuclear power stations have started making contingency plans as to how to recruit new people in their place if the super-high specialists working in their reactors are hit by Corona.

These employees were asked to isolate themselves. The center has said that it plans to use its staff properly. On the other hand, France planned to operate only a select few staff out of the eight hundred deployed at its Flameville Nuclear plant when some of them were found to be corona infected. The problem is that the operators of nuclear facilities have to take licenses and it will be difficult to find their options in large numbers when needed.

Therefore, the operators of the control centers of these centers are being asked to remain completely separate from the rest of the staff. The coronavirus poses a major threat to the safekeeping and operation of military and civil nuclear centers. The problem will not be solved only by the limited operation of these centers or by closing them.

In fact, any nuclear center of a country is not only seen as a source of power supply, but it is also seen as a highly sensitive strategic infrastructure center of that country. Kovid-19 poses a major threat to these nuclear facilities. If the corona suffers any shortfall in the safe operation of these centers, it would be unimaginable.