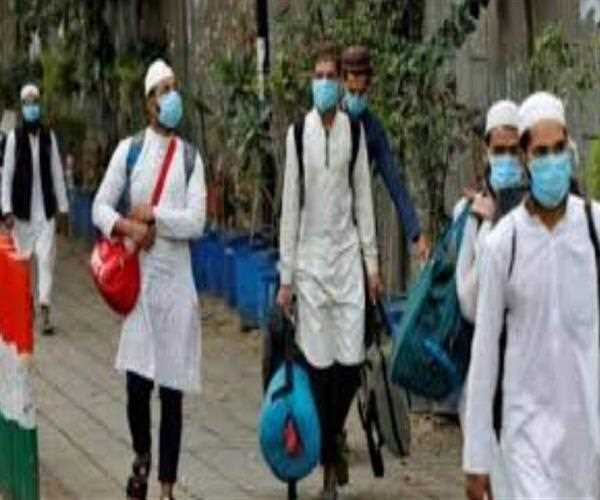 At a time when all possible measures are being taken in the country to deal with the epidemic of COVID-19, a religious ceremony at the headquarters of Tablighi Jamaat in Delhi's densely populated Nizamuddin cannot be justified in any way.

Apart from various states of the country, devotees from Indonesia, Malaysia, Thailand, and Saudi Arabia also participated in this prom. Of these, Malaysia is the country where cases of infection of COVID-19 have been reported after a similar process.

The huge challenge that this mob has presented for the fight against the epidemic can be gauged from the fact that nine people from different states have been killed, 75 people have been found positive and three and a half are suspected More than a hundred people have to be admitted to hospitals.

Keep in mind, with the rise of the coronavirus infection, the central and state governments in their country started taking steps at the beginning of March itself, even not attending more than fifty people in weddings, ceremonies, and offices. Instructions were also given to In fact, as the transition progressed, measures like social distancing and quarantine were constantly being warned and steps like section 144 were also taken to prevent people from gathering at one place.

Despite this, two to three thousand people gathered in the religious program held here in the second and third weeks of March. Even though the Kejriwal government of Delhi has now given instructions to file an FIR, the question arises as to why it allowed such a huge gathering to happen despite Corona's growing crisis.

Its organizers have not only blown out the measures being taken to deal with the epidemic but have also put thousands of lives at risk. More than a thousand people had gathered in the building where the burning took place till late Monday night, which has now been evacuated by the administration.

People from as far as Jammu and Kashmir and Andaman came in this prom, due to which the infection of Corona has spread there. This is an example of serious criminal negligence during such a critical crisis, for which those responsible are not spared at all.