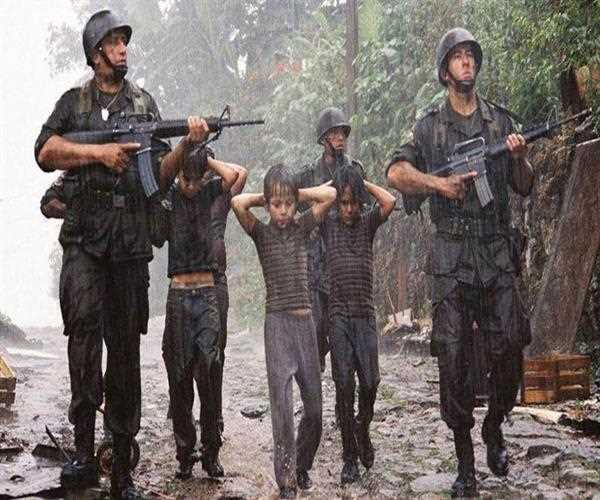 Why El Salvador War is not coming to an end?

So we are currently facing the outbreak of COVID-19 disease which is killing the people and putting humanity on the ventilator but somewhere in the American continent a nation is still facing a state of war. Some people in El-Salvador does not seem to come out of their war zone.

Forty years prior, on March 24, 1980, notable Salvadoran Archbishop Oscar Romero was killed by an expert rifleman while saying mass.

The death, which was coordinated to some degree by famous conservative fanatic and passing crew pioneer Roberto d'Aubuisson, helped completely dive El Salvador into a 12-year common war that executed in excess of 75,000 individuals.

A post-war United Nations investigation commission ascribed the fault for roughly 85 percent of genuine demonstrations of brutality submitted during this war to "operators of the State" and associated paramilitary gatherings and passing crews.

Be that as it may, the fault barely stops there. In no time before his passing, Romero - who had gotten a victor of poor people and a staunch pundit of free enterprise, contending that "the foundation of all savagery is institutional brutality" - wrote a letter to then-US President Jimmy Carter.

In it, he encouraged Carter to retain military guide to the Salvadoran junta considering the widespread killings, constrained vanishings, and different abominations that were at that point occurring in the nation. Noticing that El Salvador started the twenty-first century with considerably more prominent imbalance, destitution, and relocation levels than toward the finish of the common war in 1992 - showing, obviously, that the financial reasons for the contention were definitely not settled - Osuna sets that the "savagery of neediness … is established in over a significant time span entrepreneur relations of abuse, which are all exacerbated by neoliberalism and correctional populism."

At the end of the day, sort of what Romero said. Furthermore, what do you know: The gathering liable for hauling El Salvador into the post-war neoliberal pit was none other than d'Aubuisson's ARENA - with a lot of good help, no doubt, from that neoliberal behemoth known as the United States.

For sure, a February Human Rights Watch report recorded how the US has truly been extraditing Salvadoran vagrants to their demises.

Also, as the US keeps on sponsorship institutional savagery in a nation since a long time ago threatened, one can securely say that - 40 years after the dispatch of the common war in El Salvador - the war seethes on. But again the coronavirus pandemic mentioning seems to be missing her and we can see the country of El Salvador being in a miserable condition.