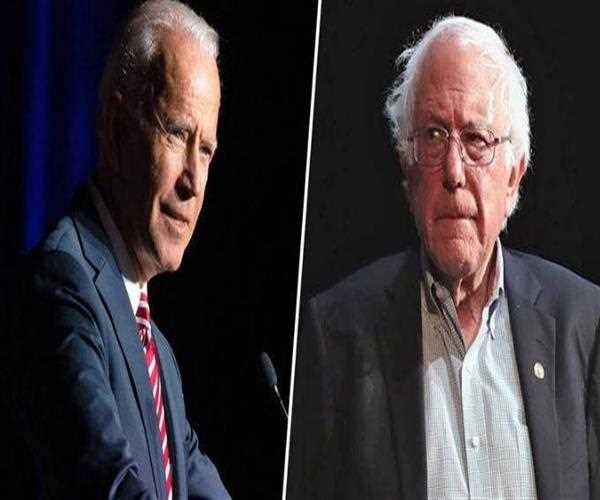 We are told by the corporate media smart persons that the challenge to turn into the Democratic candidate for president is presently a two-man race.

Don't bother that the media have, before, been so off-base, so frequently being considerate about such a significant number of things and have demonstrated on numerous occasions during the long, regularly unpredictable crusade to choose Donald Trump's adversary in 2020 that they are about as capable at picking who will at last win as you or me.

Recollect route back, when the US media demanded that surveys demonstrated that Joe Biden had it won before the primaries had even started and he simply expected to endure the TV discussions to be authoritatively delegated chosen one?

Recall when Biden got punished during a discussion by Kamala Harris over his record on integration school transporting and the media said the Democratic congressperson had held onto the force having taken him out of the recreation center with her powerful "that young lady would say me" counter?

Recall when Harris before long evaporated and the clever media said previous Mayor Pete Buttigieg had gotten a handle on the force after his "shock" win in the Iowa councils and Biden looked fragile and weared off?

When the media hailed extremely rich person Michael Bloomberg as the small, impeccable rescuer while Biden, uncertain, and, on occasion, mixed up, kept on floundering?

Recollect the memory when, after Sanders' initial string of essential triumphs, the so smart pretending media produced a mechanical production system of hyperbolic, end-is-neigh sections to persuade persuers the Vermont Senator is a more seasoned, clean shaven adaptation of Che Guevara, to slow down his crescendo-like force?

All things considered, not exclusively do the corporate media smarty pants suck at being smarty pants, yet they are lying about what they guarantee to know after Biden's Super Tuesday resurgence.

This isn't a "duel" between Joe Biden and Bernie Sanders. The new "story" pushed by the media suggests that Biden and Sanders are going after voters on equivalent balance without, obviously, the media is planting a major, aggregate finger on the scale for their preferred candidate.

Biden was, is and will consistently be their person. Without a doubt, he may have terrified, confused and frustrated them along the flighty way, however the political pivot has corrected itself. In this way, it has returned to siphoning Biden's once flattened tires as the main man equipped for beating Trump.

Honestly, it is Sanders versus Biden and the corporate media smarty pants. The previous VP is their person in light of the fact that the smarty pants are, as Biden himself, the adage gushing encapsulation of the norm.

It doesn't make a difference that Biden has not offered what could even be remotely viewed as an original plan to address the negativity of such a large number of youthful and regular workers Americans troubled by shocking school and clinical obligations, the unfurling atmosphere calamity or how to stop a bunch of as of now uber-rich families from accumulating a greater amount of the nation's riches.

All things considered, the most abusive of the smarty pants media blast of attacks on Sanders is the proposal that he is the left's copy of Trump: a conspiring, egocentric communist bridling widespread annoyance and disdain to impel himself into the administration.

It is a falsehood. Sanders is the direct opposite of Trump. He thinks. He peruses. He learns. He wants to think about it. His vow to act and fill in as a transformative president for the many, not simply the couple of, is straightforwardly genuine. What's more, in spite of the smarty pants media, he can win.