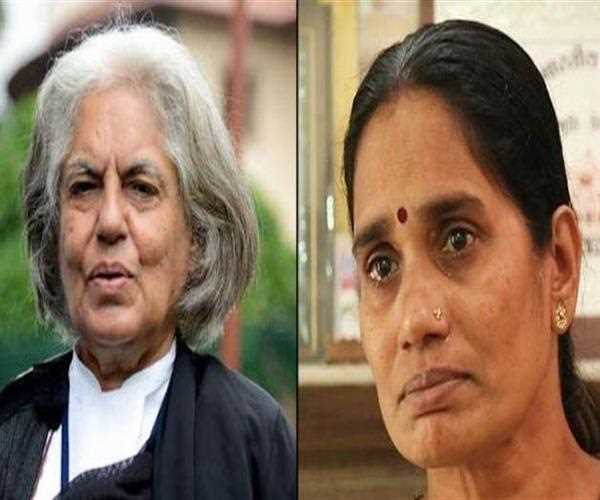 We are seeing a perfect ugly scenario of legal loopholes of the Indian judicial system. It is the Nirbhaya case that is facing injustice from the elite legal system of India which only serves the final verdict for big people, not big cases.

Once renowned Supreme Court advocate Indira Jaising has now opened up her filthy mouth on Nirbhaya case as if it has happened today. Firstly she did not utter a word during these 7 years but was silent, dull and dumb all the time. Now when the final death warrants have come out, this left-liberal self-proclaimed lady of an advocate is asking for the forgiveness of the criminals just like Sonia Gandhi did to her husband's killers.

On one hand, she is expressing her dramatic disappointment after the court postponed the date of the execution for the four inhuman, barbaric murderers and rapists. Why is she giving this suggestion? She seems to be completely sick and one must boycott her from social media and everywhere possible.

'While I fully identify with the pain of Asha Devi I urge her to follow the example of Sonia Gandhi who forgave Nalini and said she didn’t not want the death penalty for her. We are with you but against the death penalty'

One needs to read every word with full concentration and diction just to understand their sickness of selectivism. What is she advocating on? She is with the family and supports the murderers too!  From the day her home was raided by enforcement agencies, the old leftist day has gone insane with tweets from overtime. She might be a good lawyer but she is definitely not a good human being which she has proven by being a woman not standing another woman that is Nirbhaya's mother Asha Devi.

Asha Devi has strongly reacted and thus exposed this sick person who is suggesting forgiveness to the convicts of a 'rare of the rarest' rape and murder case.

Just read her words to understand how Indira Jaising treated her : -

“I can’t believe how Indira Jaising even dared to suggest such this. I met her many times over the years in the Supreme Court, not once did she ask for my wellbeing and today she is speaking for convicts. Such people earn a livelihood by supporting rapists, hence rape incidents don’t stop”

[READ HERE MORE: Nirbhaya Rape-murder Case: Is Statist Reprisal Just or a Cease at All?]

Now even then if supporters of Indira Jaising come forward in her support then they are sick as well and we should just pray for them get well soon and for Nirbhaya justice will be late but it will be ultimate (just to be on the fact). So sick of you Indira Jaising!