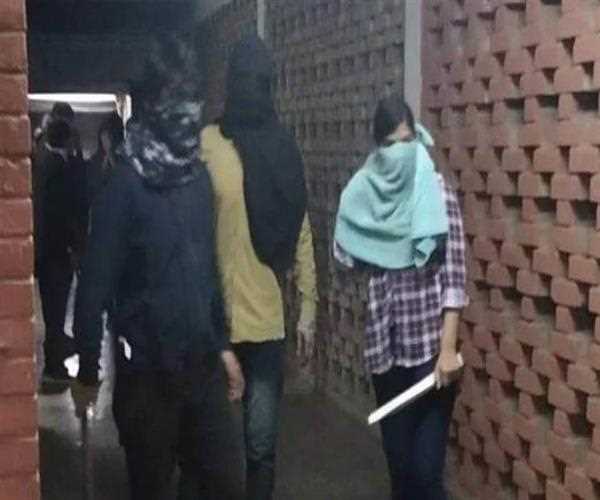 Yes, you heard this right I am not particularly interested in this utter nonsense of student politics of Jawaharlal Nehru University, the self-proclaimed number the one premium university of India.

Why so? because of this university's unusual character of negativity which is portraited in every department I can certainly conspire to state this is the hub of Lutyen Delhi politics.

The registration process was subjugated or rather halted by one group (left-wing) which got opposed by the other student wing group (right-wing) here.

Is this not scripted and sponsored? Suddenly as if everything is getting wrong with the start of a brawl between student groups, followed by electronic media and the messiahs of democracy, activists of human rights came crying, falsely confronting the students who just opposed them so that they go back.

The Delhi police had to intervene and carry out a flag march just to make sure everything is fair and fine. The newspapers of India are terming this as JNU attack but ironically they tend to cover anything happening in other universities.

Let's remember our very own University of Allahabad which has suffered so much because of its poor level of student politics and has seen vandalism, division, egoism, negativity, chaos and commotion all over the campus.

Girls were harassed, students contesting the newly formed council elections were beaten up wrongly by the SP student wing and even the ABVP ones but since there are no left-wing people or simply it is not New Delhi, the capital of India, but it is Allahabad University which has taught the nation what student politics stand for and how it manages to undermine today's hypocrite, immoral and stupid politics which has no goals, no methods, no respect, no decorum, no decency (add on anything which shall go remaining).

If we as AU students are ignored why should we care about JNU? The university which has only seen students looting taxpayers money to complete their unprofessional studies like BA History and they claim of being India's intellectual future? Gimme break pals!

Since this is an anti-national place where sadly our defense personnel and scientists get a degree for their national service, we can make sure to have a commitment towards each other that we do not think and talk about JNU now.

To hell with it JNU politics and at last neither as a rightist or leftist I just want to confirm that I am not interested in this utterly nonsense place of hooliganism JNU and it's irrelevant low-class politics.