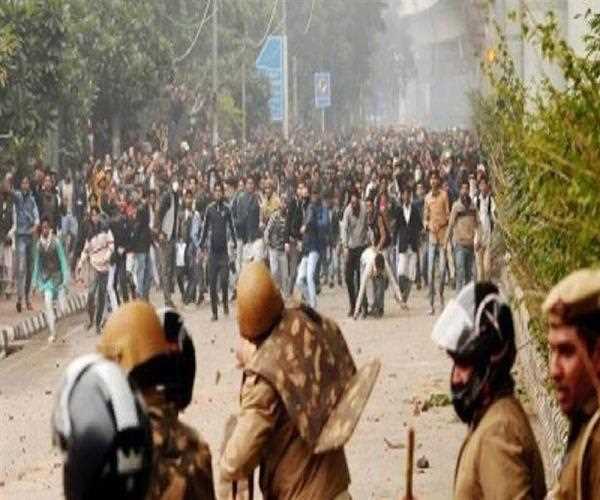 This week started with Jamia Millia Islamia Central University, where the allegedly democratically rioted Protest which was against the Citizenship Amendment act has now finally come under the scanner. Today everyone should face some hard facts related to it so that the country can be united against Islamist forces.

The first fact is that at the Jamia Millia University Campus in Jamianagar, the students first performed a peaceful demonstration so that they were not suspected, then the outside fanatics hiding inside started stone pelting attacks on the lines of Kashmir and the police personnel was targeted. The police continued to explain by saying 'son-son....listen', yet people were not ready to understand and injured many policemen.

The second fact is that the miscreants caught are not really students of Jamia Millia Islamia at all. Now, who brought them to there and Jamia Nagar is a Muslim dominated area, so it is not a big thing to understand that those people who entered there comfortably and were ambushed to attack.

The third and stern fact is that the Delhi Police has stated on record that none of the jihadi miscreants and anti-social elements who rioted in the name and being these students have been shattered by shoot-on-site i.e. Not a single shot has been fired from. 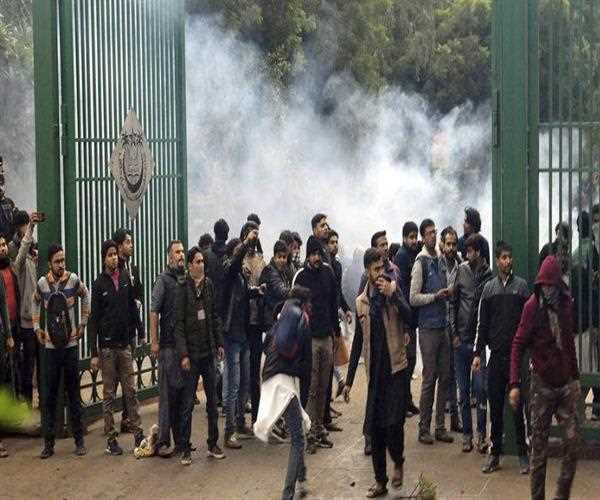 The fourth fact will surprise you even more. In this, you will come to know the sponsored conspiracy behind Jamia Jehadi Protest. These people vandalized the hostel itself and then charged the police.

The fifth fact is that through WhatsApp groups, work was being done to spread riots, incite and share updates of the entire incident.

All related videos and content are present on all social media platforms and websites to explain to you. Without being left or right winger for a minute, face the truth of what danger your country is facing. In the name of Democracy......Islamic Jihad ...... this is the danger.

If we do not go on to take a stand today, then this crowd will reach your house with the flag of Islamism and if you did not support the police-government, then hardly anyone can save you from this danger.