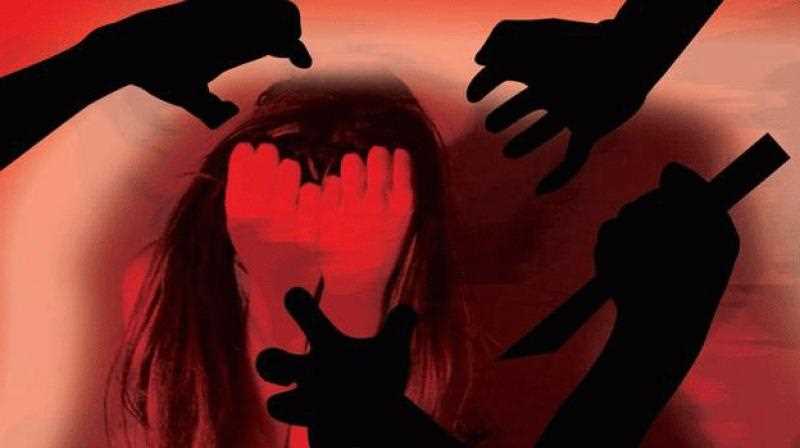 India is the fastest growing economy in the world but at the same time, it ranked in the most crime affected countries in the world. With the rapid urbanization and development of big towns and cities, the graph of crimes is also on increasing. 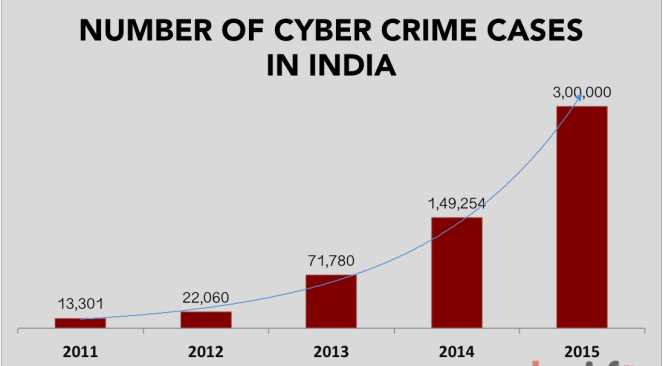 These criminals are operating in an organized way and many times have national and International links. The situation becomes very complicated when the criminals have a link with the politicians. Kidnapers, rapist, smugglers and such other criminals indulging the crime under the wings and protection of political leaders. Sometimes, policemen are a part of these crimes. They get their share of the loot. 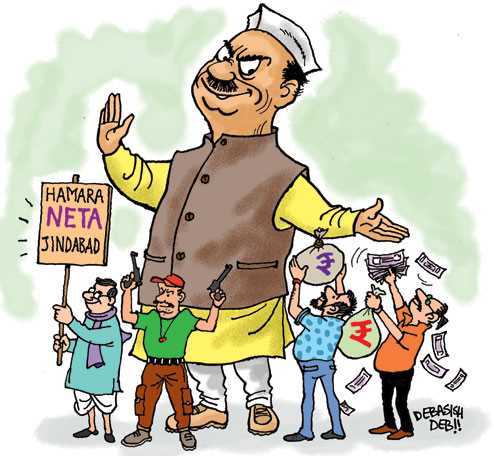 Nowadays well educated young men, belonging to good families have been found involved in any crime. Some criminals get influenced by Indian and foreign film and TV serials. If they are able to succeed in committing one crime successfully, they become fabulously rich. For them, the risk is worth doing it. Child crime is also a great concern, children start with petty crimes and then turn out notorious criminals at a young age. Murders, Killings, rape, violence, scenes etc., in films have helped in the spread of crimes in children. Unemployment and lack of government policies towards the welfare of people playing a key role in increasing the crime index of India. 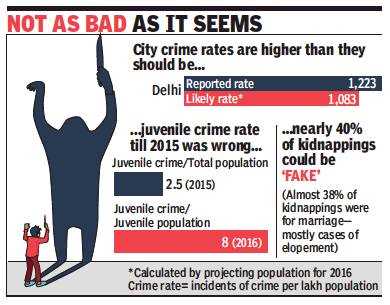 If we check out the crime rates in Indian states it shows that crime rate does not depend on the development of the state and literacy rate of the state. According to reports, Delhi has the highest cognizable crime rate of 974.9 (per 100,000 persons) and Uttar Pradesh has the highest incidence of crime based on a percentage of share. And Lakshadweep has the lowest crime rate of 43.9 (per 100,000 persons) as well as the lowest incidence of crime based on the percentage of share. It is not possible to discuss minutely the patterns of crime in different states. However, some trends may be reported here. In India there were 698 districts in the country, 13 districts out of them have reported more than 10,000 crimes annually, and while 80 districts have reported crimes between 5,000 and 10,000, and a bulk of them (605) have reported less than 5,000 crimes, annually. 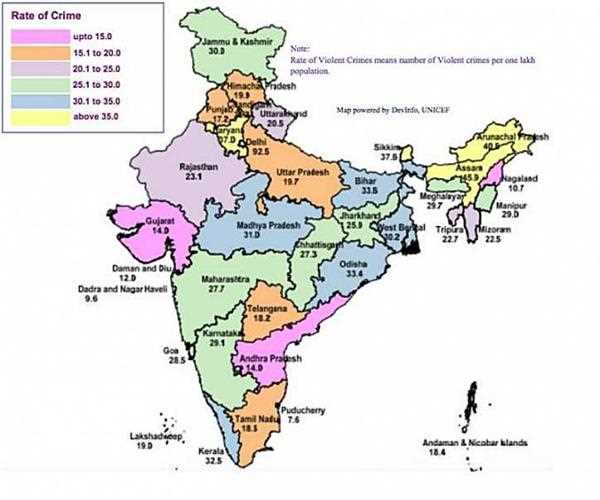 TAKE AWAY ALL THE HUMAN RIGHTS FOR THESE INHUMAN RAPISTS! THEY SHOULD BE KILLED ON ON SIGHT, BURNT OR HANGED TILL DEATH SO THAT THE FEAR OF LAW AMONGST THESE WRETCHED CREATURES IS JUSTIFIED.