Tumhe Dikhai Nahi Deta ,@@@@@,…………., many more vulgar words were rained over rickshaw hauler and was thrashed numerously by the policeman  when he was trying to park his rickshaw by the side of the road. I was standing beside the rickshaw man and even  before l could regain my conscience this horrible, brutal misdeed by Policeman was done. However, gingerly I approached the victim and asked why he was brutalized. Moaning with the pain he said in low voice, “ Rickshaw khichta hu sahib, Yahi meri kismat hai. (I am a rickshaw puller it’s my fate, he is a policeman he has the authority to brutalize me.) He may be probably of 60 or even more the age at which government retires its employee to take rest, and this poor man still is active on work which requires physical stiffness to bear every agony and tribulation just to earn a daily of 200 rupees in which he pays ? 80 as his rent for the rickshaw. I trembled while listening to his deplorable story thinking how could a man run his family and bear his expenses in an age of 60 when our body demands many types of treatment and drugs. 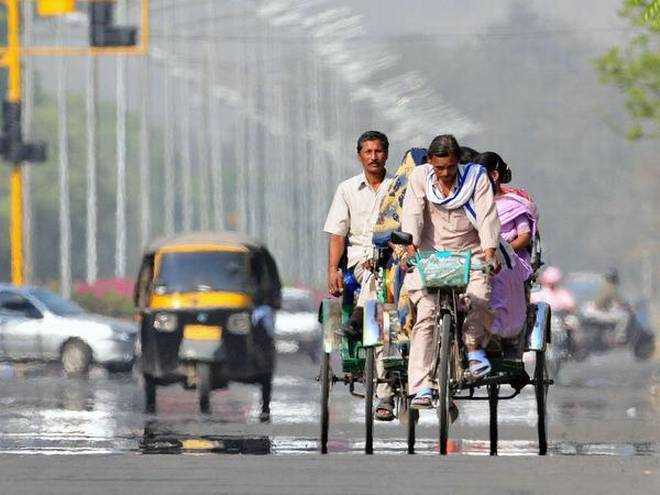 How inhuman a man can be was envisioned to me by the ghastly act perpetrated by that khaki cladded man. I am in no mood to sermonize anyone or preach you the basics of human rights but how those indecent words and physical assault still scares me. I too was among those all who did nothing to stop that horrible act. Many questions are still haunting me, why I did not take any step to stop him? What would have been my mindset if my father would have been at his place? Though I know it is just temporary reflux of human heart and after few days I may not even remember but pain and agony beard that poor man and many more like him do not catch the attention of top authorities. If you ever pass through the lanes of cities your eyes would have witnessed many rickshaw pullers sleeping on their narrow, tiny seat where two passengers can hardly adjust but imagine what would be their strategy while lying. They are never scared of mosquitos biting them or Dengue. The scarcity, penury engrossing them has forced them to live of destitute. Most rickshaw-pullers live a wretched life. After pedalling for long hours a day, most of them sleep in the garage with only a tarpaulin to save them from the sun and the rain. And then, there are thousands who find the city’s footpaths a better place to spend the night. 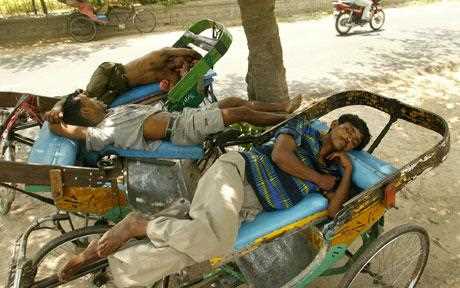 In the night, the rickshaw-pullers say local ruffians snatch their hard-earned money. “The police don’t help, saying that those who rob us of our money are of our ilk. The police often use us to put up and remove barricades, which sometimes they hitch to our rickshaws. We are everyone’s slaves,'
I have seen city intellectuals who deliver long inspirational and social messages on Facebook and spend thousands in mall haggle overpaying a few rupees to them and even walk without paying too. Though poverty is a common identity but they come from diverse caste and society. I mean to say politically outcasted upper caste too. There is no minimum fare, no parking stands for them, banks do not give them loans to buy rickshaws and they are barred from all arterial roads in the city. Instead of being rewarded with carbon credits, they continue to be considered a nuisance. 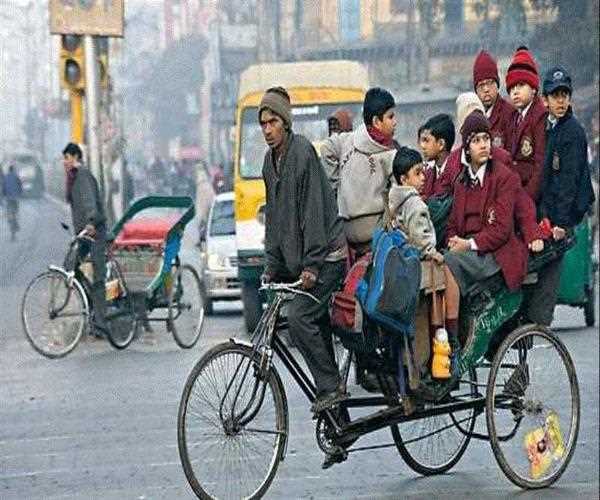 I am not advocating any morality but before you slap or verbally abuse a rickshaw puller keep in mind that they must have driven you to your home from school and even bought you candies with their hard earned money. Their glimmering eyes too dream for a better life.
0 0