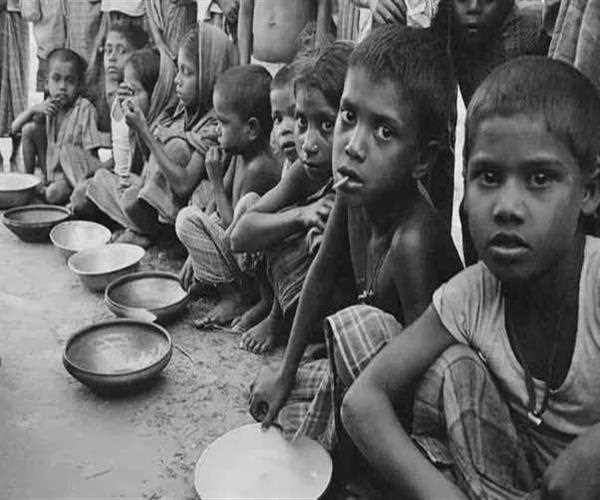 Starving folks…! But we are busy being proud of self-sufficient food nation..!

Recently, I read in the news that an eighteen-year-old boy died of hunger in the Ramgarh district of Gola block. Even the parents of the deceased were killed in 2003 with the same fate. Even after a decade, it is very unfortunate that starvation is still claiming its existence in India, which is proud of being a self-sufficient nation in food production. In a financially progressive India, hunger is like a stigma for this progressive nation.

Now let me demonstrate what starvation actually is?

Starvation is a situation in which calorie energy is less consumed and it is a serious form of malnutrition, which takes the form of death if it does not take care of it. Historically, starvation is stable in different human cultures besides India. 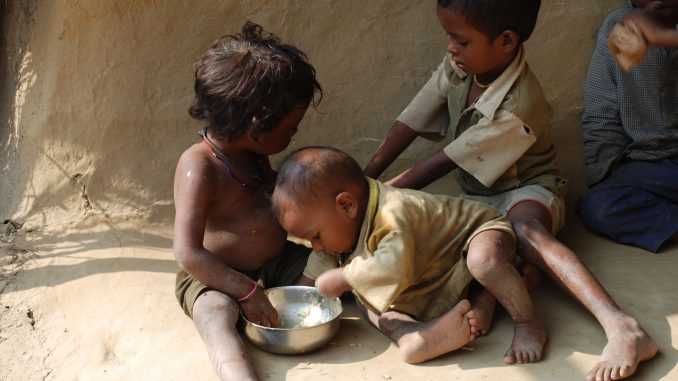 Starvation in one country arises due to various reasons such as Inequality between rich and poor, famine, war and the situation of malnutrition like dry diseases that develops due to severe starvation. Generally, dry disease occurs when the food eaten by people is not full of nutrition (proteins, vitamins, minerals, carbohydrate, fat etc.). According to the World Health Organization, ten major diseases of death include iron deficiency, vitamin A, and zinc.

Starvation is a pandemic prevalent in some countries of the developing world. Starvation in places where there is excessive poverty, hunger becomes an involuntary situation

According to the 2013 Food and Agriculture Organization's estimates of the United Nations, 870,00,000 (870 million) people out of 7.1 billion people in the world are suffering from permanent malnutrition in 2010-2012 and almost all such people live in developing countries. During this period in Africa, the number of people suffering from 175-239 million starvation increased. The rate of malnutrition has decreased in Latin America's Caribbean.

According to other surveys, Indian trends show that per capita nutrient consumption is declining, in terms of malnutrition. The statistics are very embarrassing in this regard, instead of being able to think of measures to eradicate hunger, we are proud of our economic productivity. In the long run, the economic progress of a country does not matter unless it ensures the basic food required for the maintenance of the lives of its citizens.

Indian states which are mostly affected by starvation

Presently, the North Bengal region, Jharkhand region and Madhya Pradesh are badly affected areas with starvation. Here is a history of incidents of hunger about India. On 1 January 1943, lakhs of people died in Bengal due to hunger, the number of deaths during the Bengal famine was 3-4 lakhs.

It is very necessary to mention that in 1943 there was no shortage of food availability in India because it exported 70,000 tonnes of rice for the use of the British. The provision for the loading of wheat from Australia to Indian shores was passed, but it was not used at all to feed the hungry nation.

Providing food to all is still a dream of government as still the management and several project implementation isn’t done fairly.

To ensure that the implementation of the schemes is being done properly either there is corruption at the local level or there is an indifference among the government officials.

The lack of proper management in imposing the government projects which are in reference to providing groceries to all is one the major reason we lack and are unable to get rid of this issues.

In 2010, in the eastern state of Jharkhand, the government launched a food distribution program, but these programs were stopped due to stop distribution of grain by local ration dealers. Scheduled Castes and Scheduled Tribes are the poorest of the poorest and thus are at maximum risk.

It is unnecessary to say in the context of India that food delivery system is faulty. The Supreme Court has issued an order in the last decade to direct the government to take steps towards the provision of schemes for the care of health care of mid-day meal scheme, pregnant and lactating women.

The National Food Security Bill, which has proven to be a milestone for showing the promises of poor and needy, grievous preventive mechanisms and their measures for the rights of children.

But these bills are not completely free from evil. In the context of the identification of the beneficiaries, the definition of a clear mechanism has not been defined. Poverty indicators need to be specific. They are unclear in the description.

This is what the bill says…

The bill says that the state will provide a list of the poor, but the states do not have any such statistics. All those committees, which are designed for the maintenance of poverty measures, have all set different numbers for the population below the poverty line.

Providing healthy and nutritious food to its citizens is the financial responsibility of any government. A beneficiary action needs to be taken regarding mothers and pregnant women in the direction of successful implementation of the free food scheme.

The food should not be wasted and fines should be imposed on criminals who insult food. At the same time, the real problem of starvation in India is a disorder but many schemes have been started by the state and central governments to solve its problem.

The law takes many years to pass its implementation. Food security bill has been promised, but its progress is very slow. For those who are unable to afford food, food is a source of happiness for them.