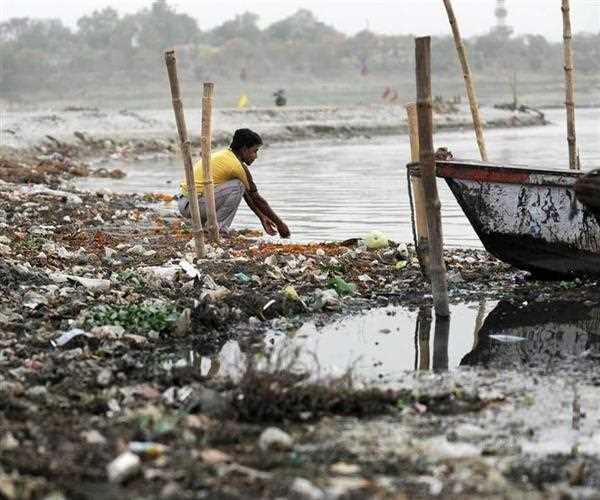 So now we have almost crossed half of 2018 and let me recall you once again that our city has been promised to be modernized as amendments were been made to change the city into a smart city.

So being an educated citizen of this city I understand that major changes take a decent time duration too. But after the promises in manifestos of giant political parties were been made it’s almost been 4 years and I seriously find the situation of our city helpless and pathetic.

Every day I woke up in the morning finish up routine work, then I go for workout and then I make myself ready to head towards my workplace. The distance to my workplace from home is around 19km.

So right after I enter the city this happens: 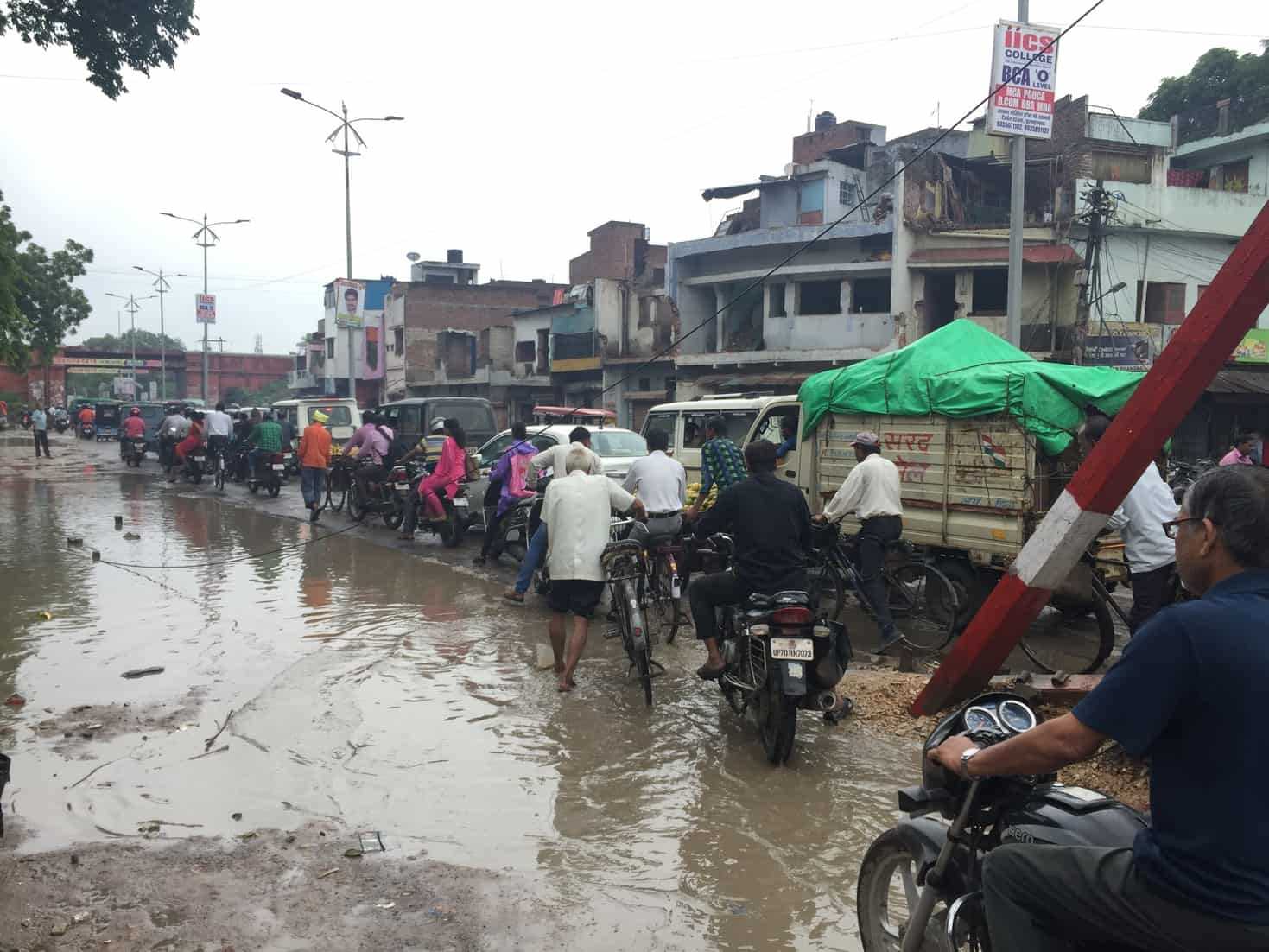 See this picture this is what I was talking about, it’s near “Dot pull” which comes on my way to civil lines. Traffic jam in this particular place was nothing new but now as the climate has changed and there is heavy rain in the city from the last few weeks the situation has got even worse.

This area is the reason why I get late to my office every day. Sometimes it takes around 20 min to rid of this pathetic traffic but most of the times it takes 40 minutes and above. 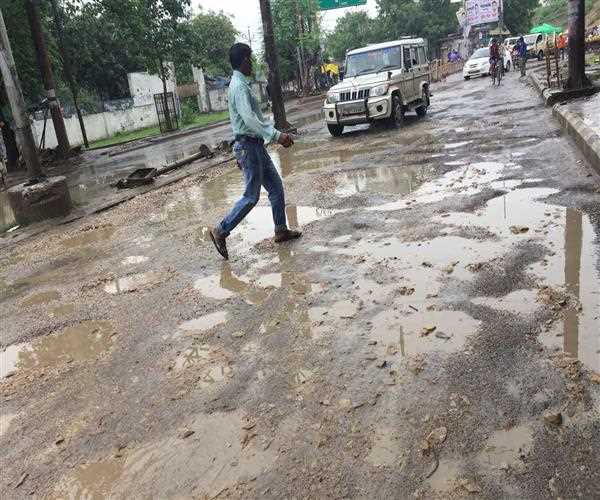 So if you are not really good in shape and fit enough you don’t have to get up early in the morning and push yourself for a workout. I mean why to waste a thousand bucks for gym when you can sweat out just by riding and traveling on these roads ha ha ha…..!

Keeping the joke aside just think for a while that this is the condition of our roads which is near C.M.P Degree College. Rainwater, and digs all over just think for a bit how that how a person should be feeling inside who follow every regulation imposed by government pays his taxes on time and then he has to suffer every day on these roads.

Let me take you little more ahead….! 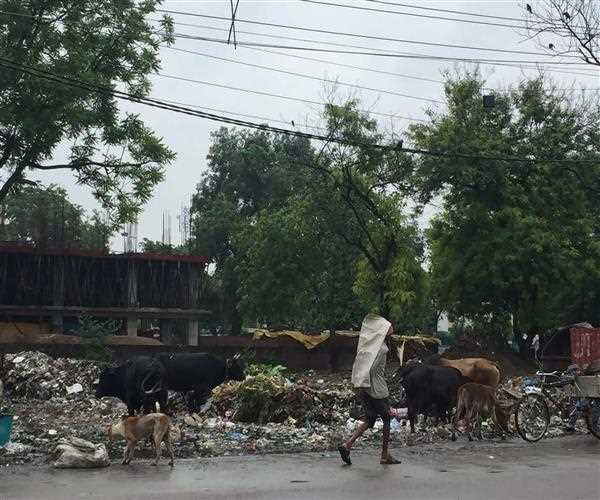 The whole lane is covered with litters of plastic and other waste where street dogs, cow’s buffalo, and other animals wander. I don’t even wanaa talk about how the particular smells ahhhh…. Well, this is something really serious as it this kind of pollution leads to several kinds of diseases.

Now let’s show you how the development is going on….! 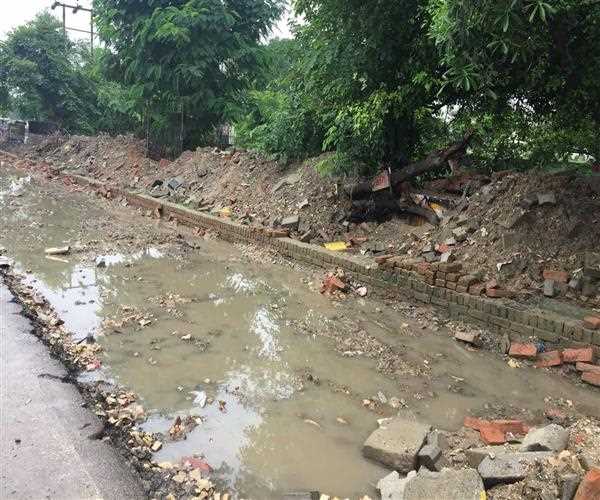 Appreciable hmmm? Merely there are 4 months more months remaining for Kumbh 2018 and this is how the work of road widening going on. No alternate drainage option for the water which gets collected due to rain and as the monsoon has strike and the work has been paused the whole segment is now getting polluted with waste and other litter disposals.

So this is the scenario of our “Sangam City in the year 2018” a city which has been promised to made advanced, a city which was assured that it will get loaded up with all necessary appliances, a city where The Grand Kumbh is about to take place.

Are we really going to be smart because we are still chained to the same problems and issues which were there decades ago? How are we even imagining to compete with those develop cities out there when we are not even able to fulfill our basic requirements.