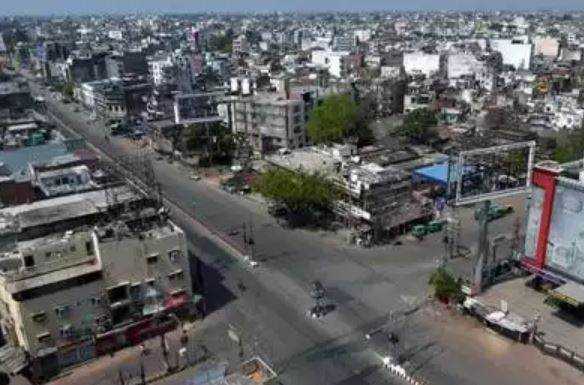 Amidst all the apprehensions and objections, the fourth phase of lockdown has begun in India, which is to last until 31 May. Earlier, it was pointed out from many sides that the lockdown has played an important role in preventing the spread of coronavirus, but now the country is reaching the point that the loss from the lockdown can leave its benefits far behind.

Stagnating economic activities can not only make crores of people unemployed but can also pose serious threats to the entire system.

Perhaps this is why, while declaring the fourth phase of lockdown, the central government clearly said that along with ensuring all the security measures, more emphasis in this phase will be on bringing economic activities back on track and normalizing life.

The central government has announced several exemptions on its behalf, leaving the decision on further exemptions to the state governments and district administration. The authority to decide red, orange and green zones has been given to the states and the responsibility of deciding the containment zone and buffer zone has been assigned to the district administration.

The state governments are better aware of the ground conditions, so they can take the appropriate decision more easily keeping in mind the spread of disease and the needs of the population in different parts of the state.

Its effect also started appearing from day one. AIIMS Hospital in Delhi decided to open OPD this week and started preparations for this, while the Punjab government has approved the arrival of cabs and private vehicles from other states.

The Karnataka government has allowed buses, autos and private vehicles to run inside the state, along with strict instructions to keep the number of passengers low and take other precautions.

One of the means of leaving a decision on the states is that in this phase, harmonizing among all is going to be more challenging than before. It was indicated on the very first day by the decision of the Government of Karnataka in which it clearly stated that there will be a ban on the entry of people from four states - Maharashtra, Gujarat, Tamil Nadu and Kerala till May 31.

It is to be hoped that these four states will not take the path of retaliatory action considering it as a step taken against them. If this happens, our resolve to deal with the two-pronged challenge of dealing with Corona and avoiding the economic downturn will remain incomplete.

It would be better to keep our attitude national even while continuing to fight against the disease at the local level in the best way. It is also a test of the political prowess of the central government as it is ultimately his responsibility to maintain coordination among the states.