Every Party wants to get into the power in the 17th Lok Sabha Elections in 2019 and make a Prime Minister of India of their choice. All parties are leaving no stone unturned to put their firm step in the elections. The current scenario and preparations by these parties are looking like that all these parties are making alliances with one or the other to prove their dominance against the current party i.e. Bhartiya Janata Party (BJP).

The alliances between the parties are proof that how much each party is afraid of losing and seeing the BJP on being on the winner side. One of the oldest party in the politics, Congress Party is also very much insinuated after witnessing the majority win of BJP in the 2014 elections. And they are tried every good or bad activity to surpass the BJP in the 2019 elections. All these parties are not having a guided way or planning to prove themselves that they are going to work for the welfare of the people and the country. Instead, they all are making alliances to beat Modi only. 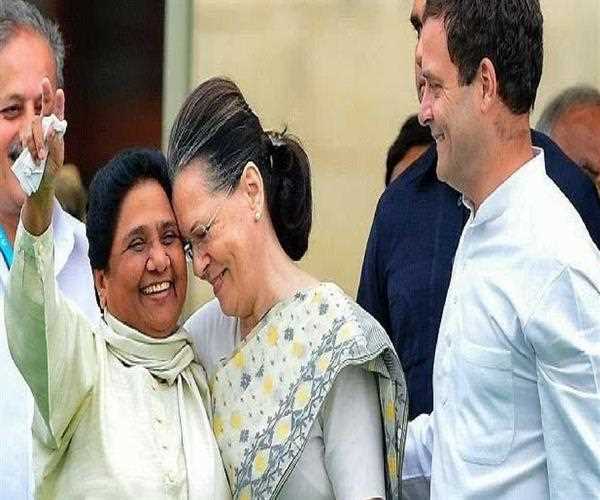 Their fight is not against any specific party, instead, they are being person specific. Whether, it is Bahujan Samajwadi Party, Samajwadi Party, Congress or any other party. All these parties are just focused on beating Modi in 2019 elections instead of making them powerful or working in a planned and guided way. Is there only Mr. Prime Minister is the one person who exists in the politics or is he the only one who is the competitors for each party?

I mean, why there is so much fuss about Modi. He is just doing his job during his tenure and proving that other previous parties and their leaders didn’t perform well as well as setting an example that they can also do this, or they can continue the same good work if the party gets into the power in the 2019 elections.

The alliance between the parties is a proof that they knew individually they will lose the election very badly. So, all the caste-based parties are getting together just to defeat Modi, not the party. They even know that BJP can win again the election on the name of Modi only. So, the opposition is eying over completely on Modi. The level of insecurity among all these parties is very much visible and forcing them to try every step so that they could fetch a good amount of votes.

The one and only concern of every party is Modi. But the public support is at par level with Mr. Prime Minister. According to me, in these 5 years, he developed much more trust and faith with his public. And I don’t think all these alliances are worth for any of these parties to present a fight against BJP. As well as, worthless, baseless, and meaningless alliances are useless to attract public and fetch the votes.